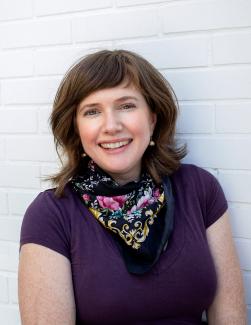 Kathryn went to the University of King’s College and Dalhousie for an undergraduate degree, and completed a master’s degree in international development at the University of Manchester in England. Before joining Inter Pares in 2010, she worked at World Literacy of Canada in Toronto and at CAPRI, a community development organization, in Nicaragua.

Kathryn became Co-Executive Director of Inter Pares in October 2017, sharing the role with Rita Morbia. Kathryn is also part of the fundraising and donor relations team. She led the Solidarity Tour to Guatemala in 2014 and 2016 with Bill Fairbairn.

Kathryn is an active member of the Emerging Leaders’ Network (ELN), a collaborative community of professionals engaged in developing skill building and thought-leadership in the next generation of international development and aid workers. She was a member of the Board of Directors of the Canadian Council for International Cooperation (CCIC) until May 2018.