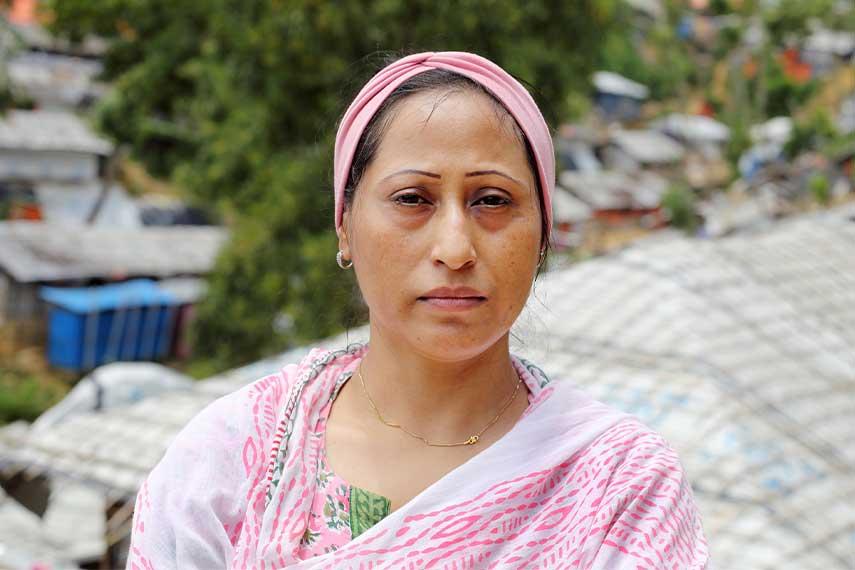 Razia Sultana is a senior researcher with Kaladan Press Network, an independent and not-for-profit Rohingya news agency. She is also the founder of Rohingya Women Welfare Society (RWWS, pronounced “rose”), a grassroots organization working in refugee camps in Bangladesh.

“Good morning. I am a Rohingya lawyer, researcher, and educator specializing in trauma, mass rape, and trafficking of Rohingya girls and women.” With these words, I began my presentation to the United Nations Security Council (UNSC) this spring – as the first Rohingya ever to do so – during its open debate on sexual violence in conflict. As I took the microphone, I shared some of the heart-wrenching crimes that I had exposed in Kaladan Press Network’s report Rape By Command two months prior: crimes that were part of a preplanned, state-orchestrated campaign of sexual violence and murder against my people. I also underscored that this campaign did not emerge from thin air: it was part of a decades-long pattern of rape, violence, discrimination, and displacement of Burma’s ethnic peoples.

The open debate focused on a newly presented UN report, which for the first time ever, included the Burma Army in a UN blacklist of government forces that are “credibly suspected” of carrying out rapes and other acts of sexual violence during conflict. This recognition was a victory not just for Kaladan, but for also for all the ethnic women’s organizations who have been bravely documenting and denouncing the Burma Army’s sexual violence against their sisters since 2002.

However, exposing Burma’s genocidal tactics will remain a symbolic victory if we don’t press forward as an international community. In September, I joined Inter Pares staff in Ottawa where I met with government and elected officials, underscoring the actions that Canada and like-minded countries must take. Canada has recognized the crimes against my people as genocide, as well as Aung San Suu Kyi’s complicity – these are important steps. But we must continue to press not just for accountability, but also to build truly inclusive democracy from the ground up. This includes supporting more Rohingya women to develop and become leaders, as RWWS is striving to do. Together with long-term allies like Inter Pares, Kaladan and RWWS will work to help make our dream of this future Burma come true some day.