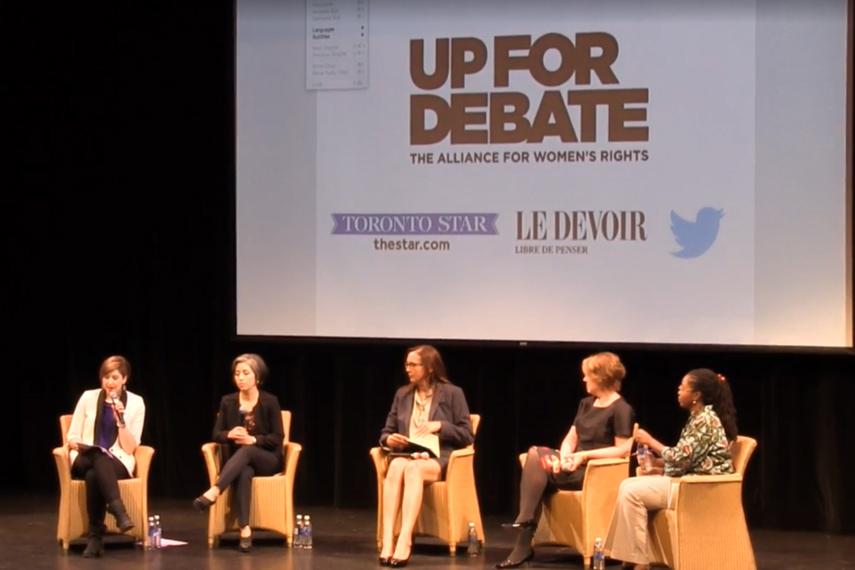 After months of campaigning, the Up for Debate campaign put four federal leaders on the record on a range of women’s issues during this election campaign.

Revelations and exclusive information  were on the table on September 21st, as the Up for Debate campaign screened and discussed highlights of its interviews with party leaders on issues identified by women.

The full videos of the one-on-one interviews with party leaders are available below. We encourage you to watch them and learn more about parties' positions on crucial issues that are being widely ignored during the campaign's televised debates.

Transcripts of the interviews are also available.

You can raise these issues at local candidates' meetings, and urge party leaders to address them on the campaign trail. Up for Debate is also live-tweeting during the other debates, and closely following the remainder of the campaign.

The Up for Debate campaign is led by the Alliance for Women’s Rights, a non-partisan network of over 175 organizations, including Inter Pares.