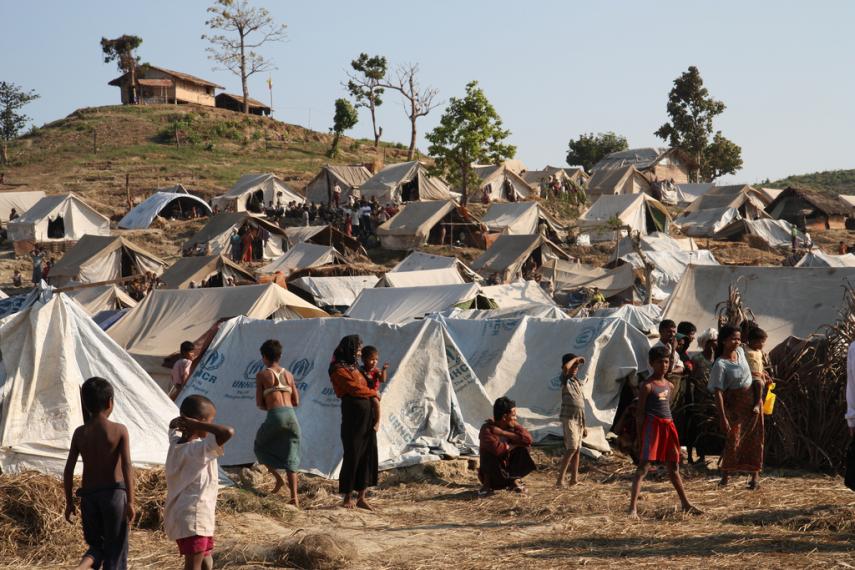 The below-named Canadian civil society organizations and individuals, who all have a strong interest and/or long experience of working in the Asia-Pacific region, are gravely concerned regarding the latest wave of military violence against Rohingya civilians in northwestern Myanmar.

The Myanmar military is inflicting collective, disproportionate and illegal punishment on Rohingya civilians following attacks against several police and military installations on August 25, 2017 by the Arakan Rohingya Salvation Army. These attacks were used as an excuse for the army to systematically attack and burn Rohingya villages, raping and murdering civilians in the process.

This latest violence follows attacks in October 2016, when the military attacked dozens of villages, killing an untold number and displacing more than 80,000 people. Now hundreds of thousands more have been displaced. The UN Refugee Agency estimates that since August 25, 2017, about 410,000 Rohingya Muslims have fled violence in their native Myanmar for refugee camps in Bangladesh.

A number of fellow Nobel peace laureates have called on Aung San Suu Kyi to condemn the violence and the UN Special Rapporteur on Myanmar has called on her to “step in.” While we appreciate the State Counsellor’s September 18, 2017 condemnation of human rights violations, this condemnation is compromised by her denial of ongoing military and police operations, and the government’s insistence that there is not a mass campaign directed at civilians.

Unfortunately the Myanmar government has made no public effort to end the violence – to the contrary, the words and actions of the government have severely aggravated the situation. Moreover, the government has systematically blocked humanitarian aid from reaching the Rohingyas, which may constitute a crime under international law. It has consistently denied all reports of military abuses, and is currently blocking a UN-mandated fact finding team from accessing the region.

We are pleased with the Canadian government’s recent announcement of $2.5 million in aid, and encourage Global Affairs to find opportunities to allocate more aid towards needs identified by front-line organizations as the most urgent. We applaud Prime Minister Trudeau’s letter to Aung San Suu Kyi that underscored her moral obligation to help stop the crisis, and Foreign Affairs Minister Freeland’s announcement of planned advocacy at the United Nations General Assembly. To this latter end, we urgently call on the Canadian government to:

We and our organizations will continue to monitor the situation, and urge the Canadian government to continue deepening its action on this worsening humanitarian crisis.

The following institutions have endorsed this statement:

International Coalition on Human Rights in the Philippines – Canada

Ontario Committee for Human Rights in the Philippines

The following individuals, all of whom have years of experience in working in Myanmar or of acting in solidarity with struggles for human rights and democracy in Myanmar, have endorsed this statement: