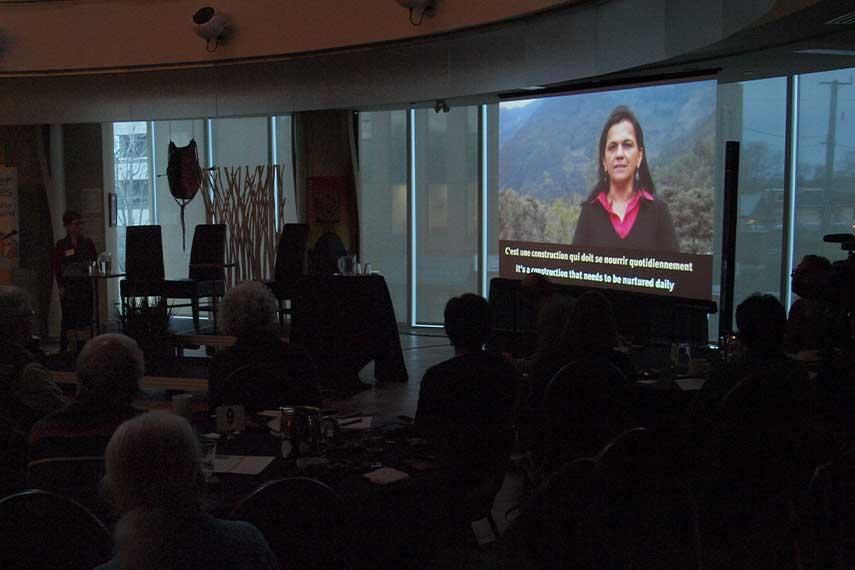 Inter Pares supports counterparts and allies to produce thought-provoking videos and films about a variety of social justice issues.

You can share these films with family and friends by organizing a screening in your community! 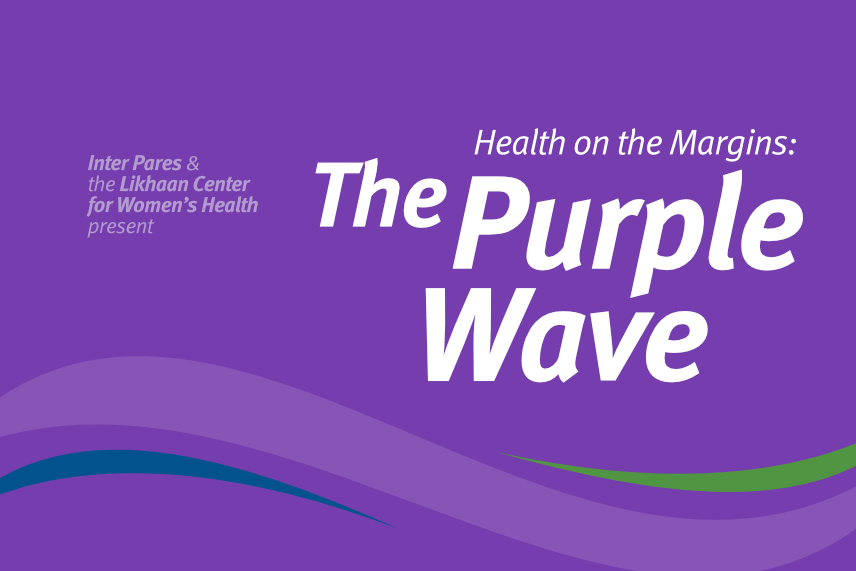 The Purple Wave: Health on the Margins

The Purple Wave: Health on the Margins is a series of five short videos that gives an up-close look at how the Likhaan Centre for Women’s Health uses alternative, community-based health programs and advocacy to promote women’s reproductive health and well-being in Manila, the Philippines. In each of the videos, watch as Likhaan health promoters, community organizers, and medical staff address reproductive health issues in marginalized communities in the capital city of Manila by providing services and by educating women and girls. The videos also highlight how community organizing and advocacy can serve as a powerful tool to bring about positive and sustainable change. 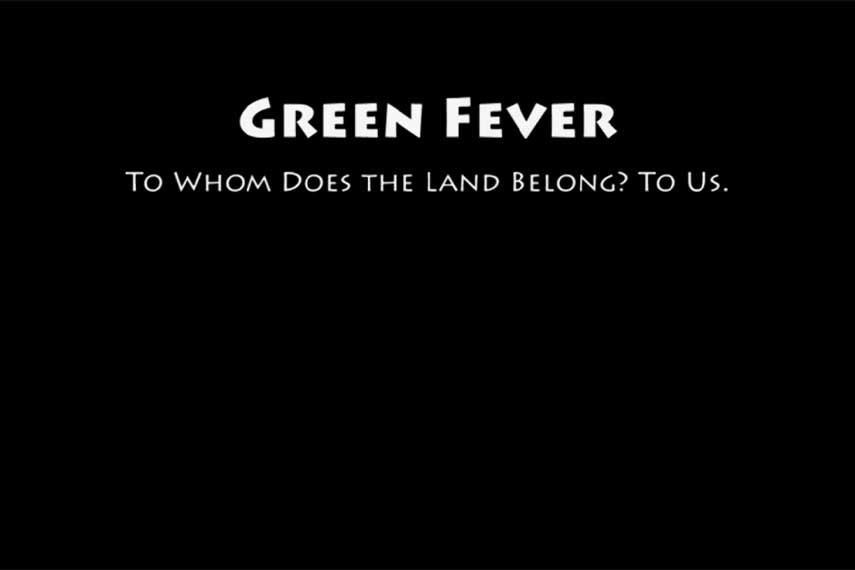 Fièvre verte exposes the phenomenon of massive land acquisitions by foreign corporations in West Africa. This film gives voices to communities, especially women, who live with the disastrous consequences of landgrabs in Côte d'Ivoire and Guinea-Bissau. Fièvre verte is based on research that documents and measures the scale and nature of landgrabs in nine West African countries. This short film was created by Inter Pares, the Université de Montreal’s REDTAC research group and the West African peasant movement COPAGEN. 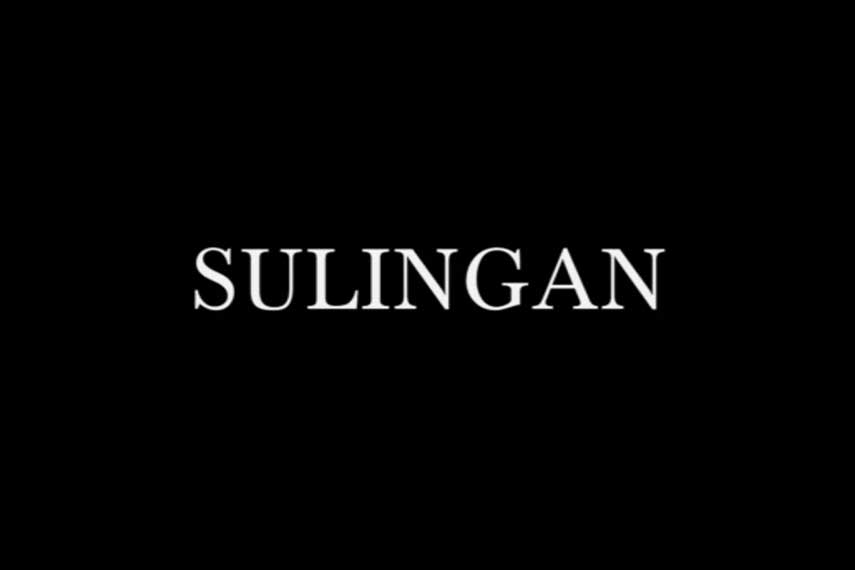 Sulingan (Refuge) is the inspiring story of Filipinas at the end of the line - and the transformative spirit of care that propelled them forward. The film, created by Inter Pares counterpart Likhaan Centre for Women's Health, presents three vignettes that share stories of women struggling to find a way forward. The film creates a powerful illustration of the social issues that confront poor women in the Philippines. Inter Pares has been a proud supporter of Likhaan for nearly three decades. 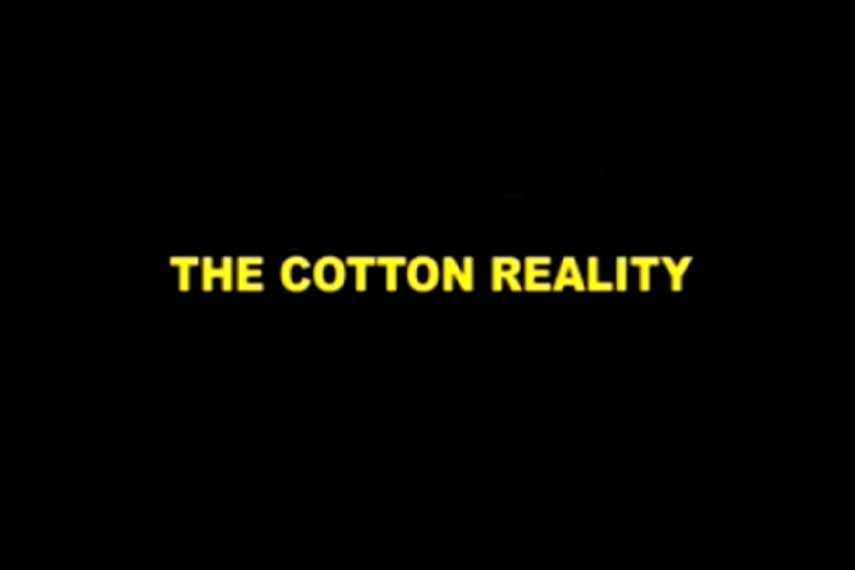 The Cotton Reality is a video produced by the Community Media Trust of the Deccan Development Society, Inter Pares' long-term counterpart in India. This video contrasts the benefits of small-scale ecological agriculture compared to input-intensive monoculture and genetically engineered crops. 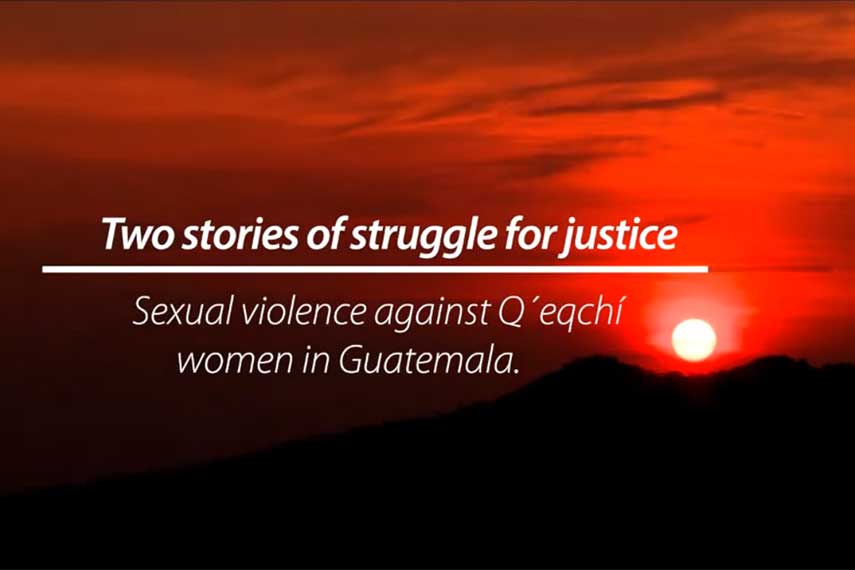 The struggle for justice: Sexual violence against Q’echi women in Guatemala

The struggle for justice documents the struggle for justice of two groups of Q’eqchi women who have survived sexual violence. The first group from Sepur Zarco were systematically raped and forced to be sex slaves by the Guatemalan military in the early 1980s. The second group are the plaintifs from the community of Lote Ocho, Guatemala where violent evictions and gang rape were carried out by mining company security personnel. The film was produced by Inter Pares counterpart, Equipo de Estudios Comunitarios y Acción Psicosocial. 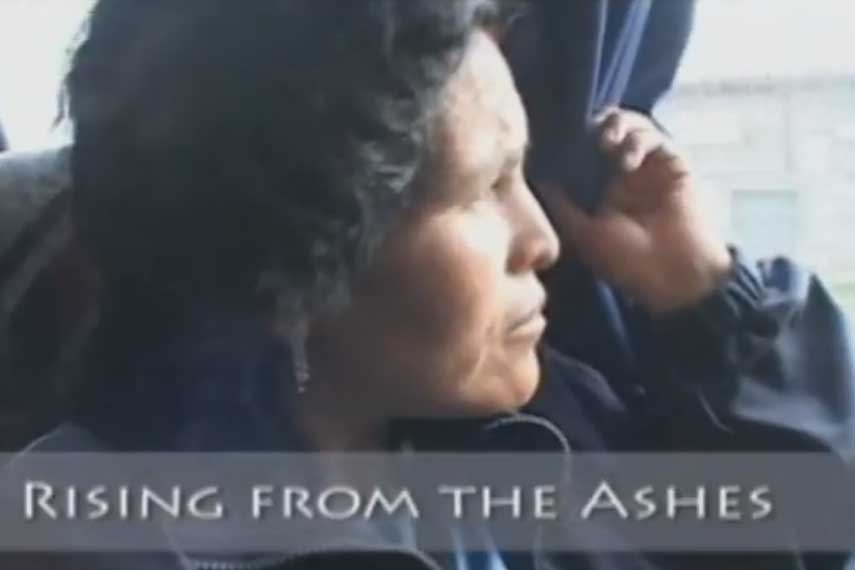 Rising From the Ashes shares the inspiring story of four indigenous women survivors of sexual violence during Peru's brutal civil war. As survivors and activists, they are struggling to create a more just and peaceful society by seeking justice for past crimes, by providing mental health support to other survivors, and by promoting women’s leadership within their communities. The film was produced for Inter Pares in 2005 by Sound Development Productions, and is available in English, French, and Spanish. 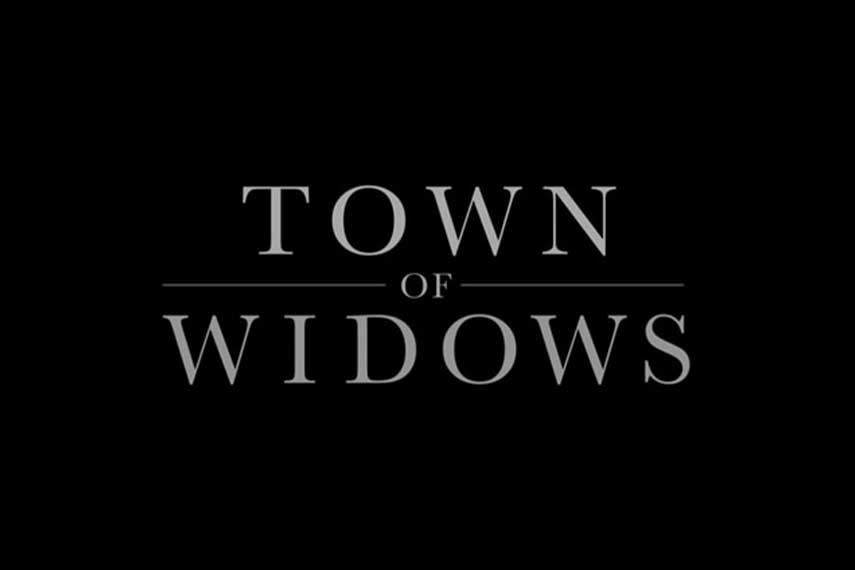 Workers at the General Electric plant in Peterborough, Ontario endured decades of exposure to unsafe chemicals, which they now blame for a range of devastating cancers. Town of Widows gives voice to the workers', widows' and family members' struggle, and documents their search for justice. Inter Pares is proud to support Town of Widows as health is fundamental to social justice. 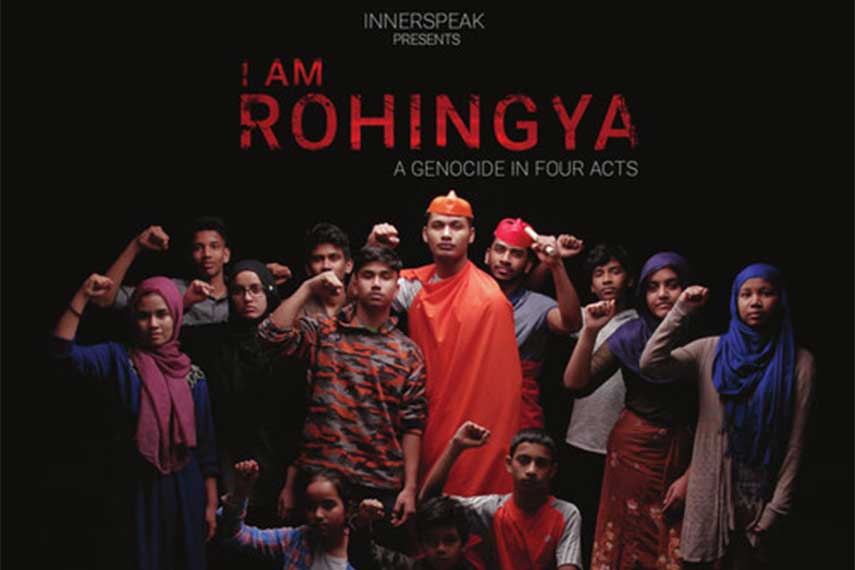 This powerful documentary film chronicles the journey of fourteen Rohingya refugee youth in Kitchener-Waterloo, Ontario, who take to the stage to re-enact their families' harrowing experiences in Burma and beyond. The documentary takes audiences through the personal lives of the performers, capturing their struggles as they adjust to their new lives in Canada, and exploring the cultural and historical background of “the most persecuted people on Earth.” Inter Pares is proud to have been supporting the film's development since 2017. 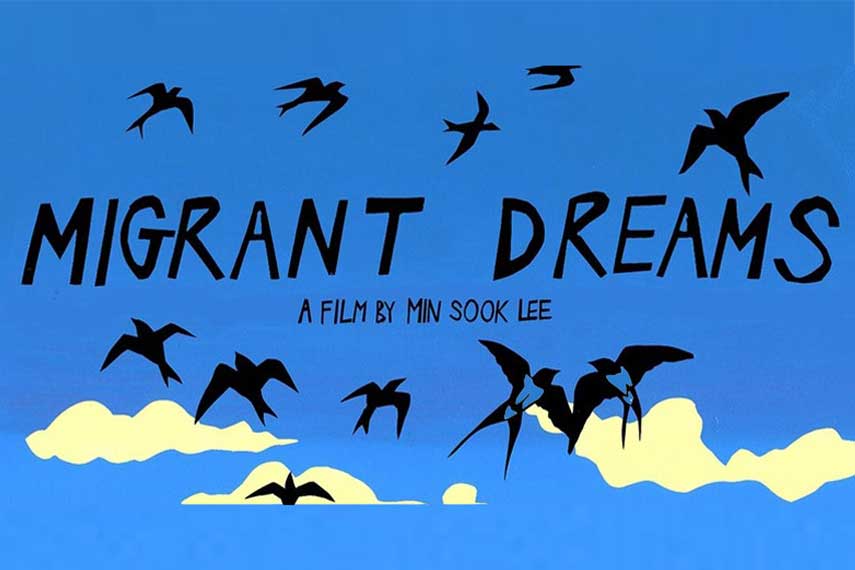 Migrant Dreams tells the story of migrant agricultural workers struggling against Canada’s Temporary Foreign Worker Program (TFWP) that treats foreign workers as modern-day indentured labourers. Under the rules of Canada’s migrant labour program, low-wage migrants are tied to one employer. Inter Pares has supported this film since its inception, and believes that it is an invaluable tool in raising awareness about farmworker conditions and in pressuring the federal government for change. 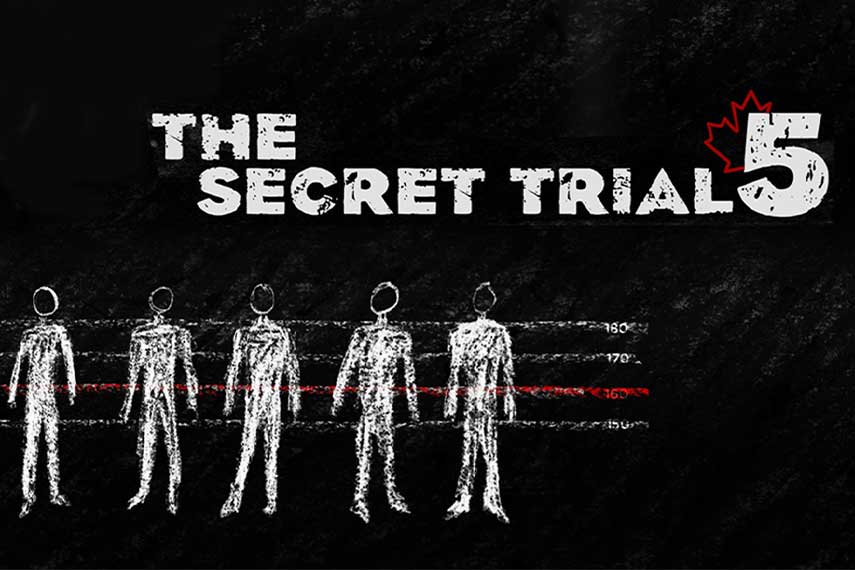 The Secret Trial 5 examines the Canadian government’s use of security certificates, which allows for indefinite detention without charges, based on evidence not revealed to the accused or their lawyers. This film shows how during the years following 9/11, this device has been used to detain five men, none of whom have been charged with a crime or seen the evidence against them. Through the experience of the detainees and their families, the film raises serious questions about the balance between security and freedom. Inter Pares provided funding to support production of this film. 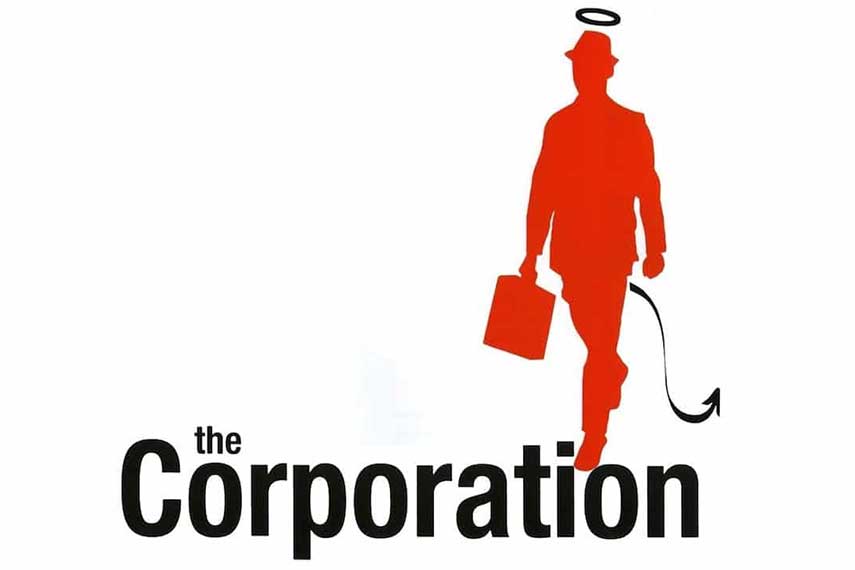 The Corporation is a critical inquiry that invites CEOs, whistle-blowers, brokers, gurus, spies, players, pawns and pundits on a graphic and engaging quest to reveal the corporation’s inner workings, curious history, controversial impacts and possible futures. The Corporation charts the spectacular rise of an institution aimed at achieving specific economic goals as it also recounts victories against this apparently invincible force. Inter Pares provided seed funding for this film.