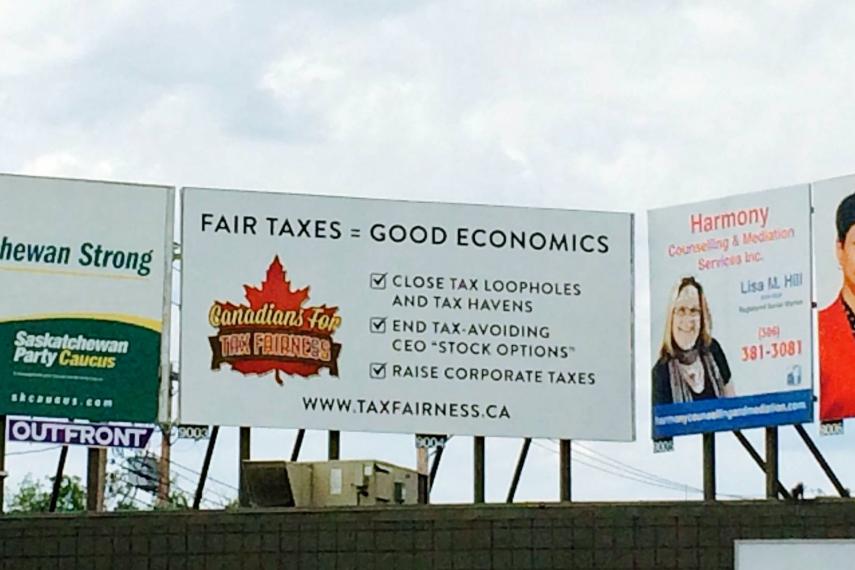 If Canada's corporate tax rate was the same today as it was in 2000, we'd be collecting an extra $20 billion a year in taxes - enough to fund national child care, free university tuition, or children's dental care. Instead, it has been cut in half since 2000.

Canadians for Tax Fairness (CTF), an Inter Pares counterpart, is busting myths about taxes and calling for tax reform. Screenings of The Price We Pay have already taken place in half a dozen cities (we screened it in Ottawa), and a billboard erected in Saskatoon (see above); three federal parties have adopted several of the campaign's policies, and the issue of tax havens has been raised in televised debates.

Join in! You can e-mail party leaders, organize or attend a film screening, and raise awareness about how tax fairness is good for the country. You can also follow the campaign on the CTF Facebook page.