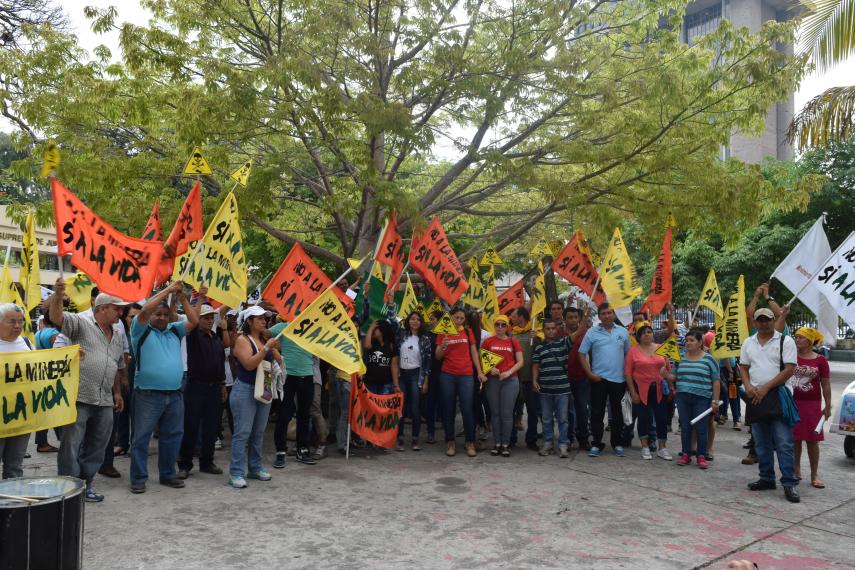 A feminist approach is about analysing power and privilege – how it’s distributed and for whose benefit.

Canadians know about multilateral trade agreements, such as NAFTA, and CETA with the European Union, which, beyond trade, also provide considerable protections for investors – i.e. corporations. Canada has also signed over 50 Foreign Investment Promotion and Protection Agreements (FIPAs), most of them with developing countries.

While doing nothing to protect the human rights of these affected by foreign investments, investment agreements do provide strong protection to investors. For instance, countries are not allowed to favour domestic businesses over foreign business, even if it would benefit the local economy. Under such agreements, foreign corporations have successfully sued countries for introducing improved public health policies or strengthened environmental regulations when those changes have affected their profits.

Even when a country doesn’t lose, it still doesn’t win. El Salvador denied mining permits to Canadian Australian mining company Oceana Gold in the face of concerns over water scarcity and contamination. The company sued the government for US$250 million, equal to approximately three years of El Salvador’s combined budget for health, education and public safety.

After seven years of litigation, the company lost its case and was ordered to pay El Salvador US$8 million in costs. But El Salvador, an impoverished country with insufficient water resources, is still on the hook for over US$5 million in legal fees. And as Marcos Orellana of the Center for International Environmental Law (CIEL) pointed out, the case “had a chilling effect on the development and implementation of public policy necessary to protect the environment and the human right to water.”

All people suffer when the “right” to private profit trumps good public health and education policy, access to medicine and clean water, environmental and labour protections. Those with fewer resources – marginalized groups, often Indigenous peoples – feel the brunt. And women, who are largely responsible for raising children, family health care and obtaining and using water, bear a disproportionate burden of the cost.

Much of the injustice and poverty in the world is maintained by structural inequalities within and among nations. This is why Inter Pares collaborates in national and global networks that work to change structures of international law and finance that empower the already powerful, while weakening local economic autonomy and democratic process.

All people suffer when the “right” to private profit trumps good public health and education policy, access to medicine and clean water, environmental and labour protections.