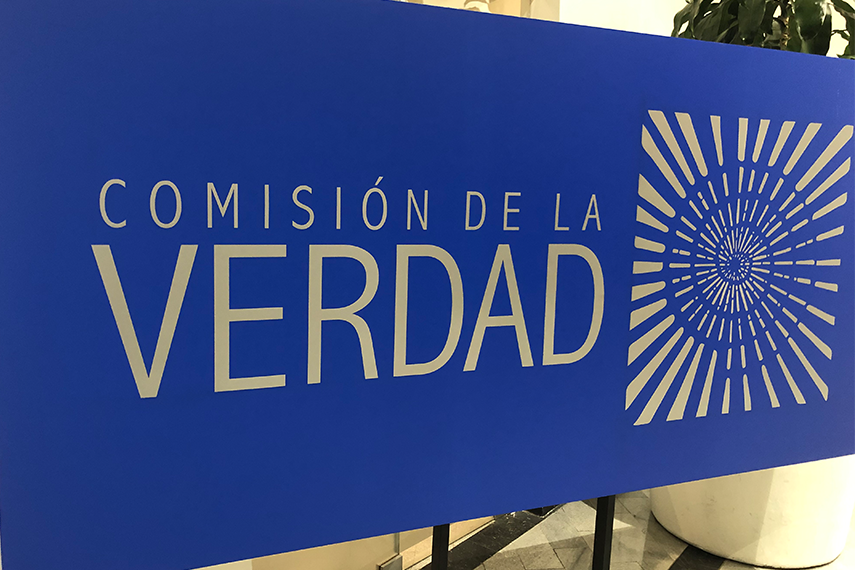 Inter Pares Latin America Program Manager Bill Fairbairn recently provided testimony in Bogotá to the Colombian Truth Commission about his experience working in support of human rights and peace in Colombia for the past thirty years.

In his testimony provided to Commissioner Carlos Beristain and staff, Bill spoke about his experience of Canadian solidarity work and of the numerous Colombians who came to Canada to bear witness about the human rights situation in their country, or as political refugees. He highlighted the collectivity of the solidarity work in Canada, and the numerous initiatives that Canadian civil society organizations had undertaken together over the years. Some of these initiatives include the International Opinion Tribunals on Barrancabermeja; the campaign to close loopholes in Canada’s export policy that allowed for the transport of Canadian helicopters to Colombia; and working alongside Colombian Indigenous leader Kimy Pernia Domicó to expose the role of Export Development Canada in the construction of the Urrá dam.

Bill first visited Colombia in 1989 as part of a human rights mission. He has traveled regularly to the country ever since, working closely with a broad range of Colombian human rights and social justice organizations. Bill joined Inter Pares in 2011 and bears primary responsibility for our program in Colombia.

The Colombian Truth Commission is one of a trio of institutions established under the terms of the peace accords the Santos government reached with the Armed Revolutionary Forces of Colombia (FARC) in 2016. The overall aim of these institutions – which have come under attack by President Santos’ successor, Ivan Duque – has been to provide redress to victims and document crimes committed during a five-decade’s old war. Commissioner Beristain is one of 11 commissioners tasked to carry out this work and has the specific mandate to document the situation of Colombians who were forced to flee the country as a result of political violence.

Inter Pares is currently supporting the work of feminist and LGBTI counterparts in Colombia that are documenting the impacts of the war on their communities. We are also collaborating with the Commission and sister organizations in Canada to ensure that the stories of Colombian refugees living in various parts of Canada are part of the historical account.

We are honoured that Bill was asked to contribute his experiences to the Truth Commission, and are committed to support its important work. It is our hope that this process will bring Colombians closer to justice and provide some redress to the victims and survivors.

Bill highlighted the collectivity of the solidarity work in Canada, and the numerous initiatives that Canadian civil society organizations had undertaken together over the years. 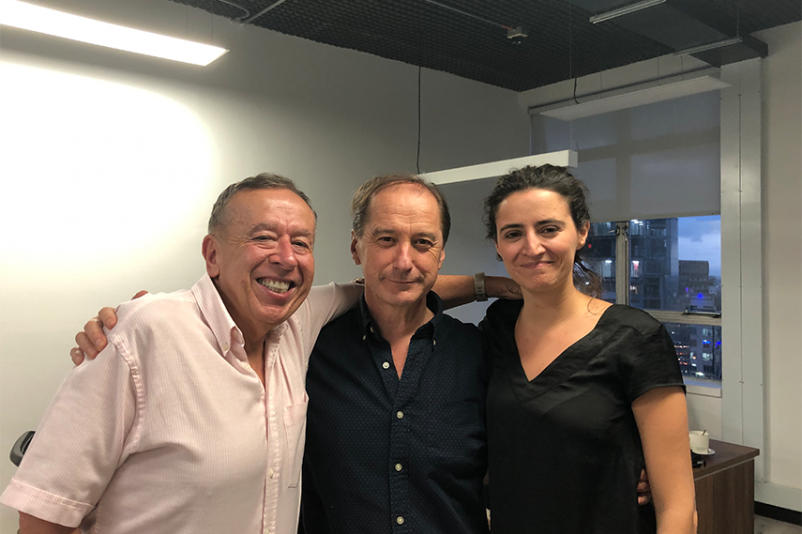