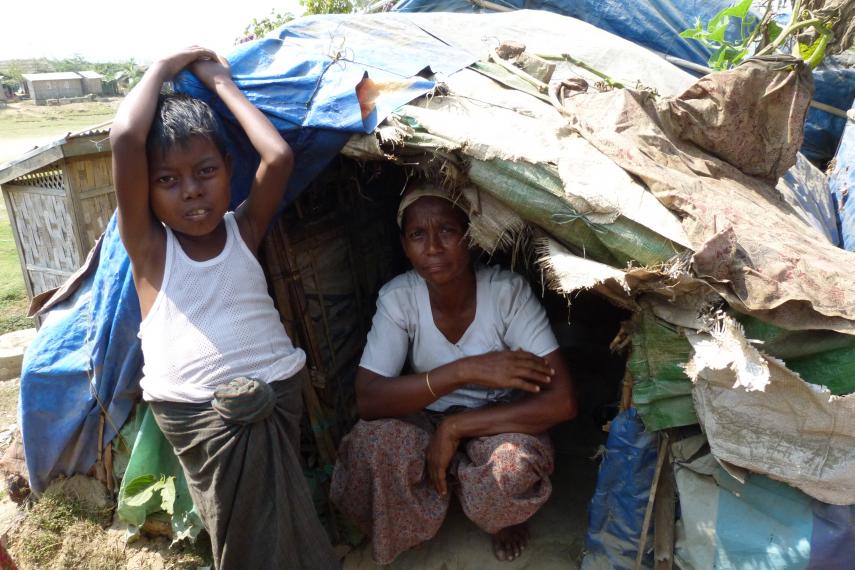 Inter Pares is horrified and gravely concerned regarding the latest wave of military violence against Rohingya civilians in northwestern Burma. We have been working with counterparts on the ground in Burma for 25 years, and currently support several Rohingya and Rohingya-focused groups in Burma, Bangladesh, and Canada. All of them are continuing their work despite the risks.

Burma’s Tatmadaw (military) unleashed this violence as collective punishment following alleged attacks against several police and military installations on August 24-25 by the Arakan Rohingya Salvation  Army, purported to be a Rohingya armed group. This was used as an excuse for the Tatmadaw to systematically attack and burn Rohingya villages, raping and murdering civilians in the process. Hundreds of thousands have been displaced, and the UN Refugee Agency estimates that since August 25 over 120,000 Rohingyas have fled into Bangladesh, where for the first time Bangladeshi border guards are not forcing them back at gunpoint. Some Rohingyas have expressed, both to us and on social media, a belief that this is the beginning of a government-backed ‘final solution’ to eradicate them or force them entirely out of Burma, their home country.

The current crisis follows several waves of violence against Rohingyas carried out by the military and radical Arakanese (Rakhine) Buddhist mobs since 2012, but has the potential to be the worst yet. In 25 years, we have seen the Tatmadaw unleash similar violence against ethnic populations throughout Burma, amounting to crimes against humanity. Similar crimes are continuing right now against civilians of several ethnicities and religions in contested areas of Kachin and Shan States.

Burma’s constitution places the military beyond control of the civilian government, but we believe the current elected government under Aung San Suu Kyi and her National League for Democracy has the public support and the political sway to rein in the military if it chooses. Malala Yousafzai, who like Aung San Suu Kyi is a Nobel peace laureate and honorary Canadian citizen, on September 3 called on her to condemn the violence. The UN Special Rapporteur on Myanmar has called on her to “step in.”

However, the government position has already been made clear. Even before the latest violence, Aung San Suu Kyi labelled Rohingya women’s reports of military sexual abuse as “Fake Rape,” and accused Rohingyas of burning down their own homes to qualify for international assistance. Her government has systematically blocked humanitarian aid from reaching not only the Rohingyas, but also displaced civilians in Kachin and Shan States. This itself is a crime under international law. Soon after the latest violence began, her official web site accused international humanitarian organizations and the World Food Programme of supplying “terrorists” and even taking part in their military operations. Aid agencies had to evacuate staff, knowing that this was a governmental green light for vigilante mobs and military to attack them. Both Aung San Suu Kyi and her government have consistently denied all reports of military abuses, and are currently blocking a UN-mandated fact finding team from accessing the region. All of this amounts to direct complicity in crimes against humanity.

From Indonesia to Chechnya, demonstrations have erupted against the Burmese government and military actions. On September 4 the Maldives became the first country to sever all economic ties with Burma because of the latest attacks.

We call on the Canadian government to:

Inter Pares will continue to monitor this situation closely, and we strongly encourage our donors and supporters to use whatever channels are at their disposal to advocate for Canadian government action or other efforts to remedy this situation.

About Inter Pares’ programming in Burma

Inter Pares has worked in Burma for twenty-five years, and manages the largest Global Affairs Canada-funded program in the country. Through financial support, capacity-building, learning exchanges, and advocacy, Inter Pares helps to strengthen local civil society and assist hundreds of thousands of people displaced and harmed by militarization and human rights abuses. Our program works to

Inter Pares – which means among equals – believes in solidarity, not charity, as an approach to international cooperation. For over 40 years, we have worked closely with courageous activists and more than a hundred inspiring organizations throughout the world to build peace, advance justice and globalize equality. By supporting the work of our counterparts, we help communities confront injustice, implement locally adapted solutions, spark innovative initiatives and occupy the political space that belongs to them.