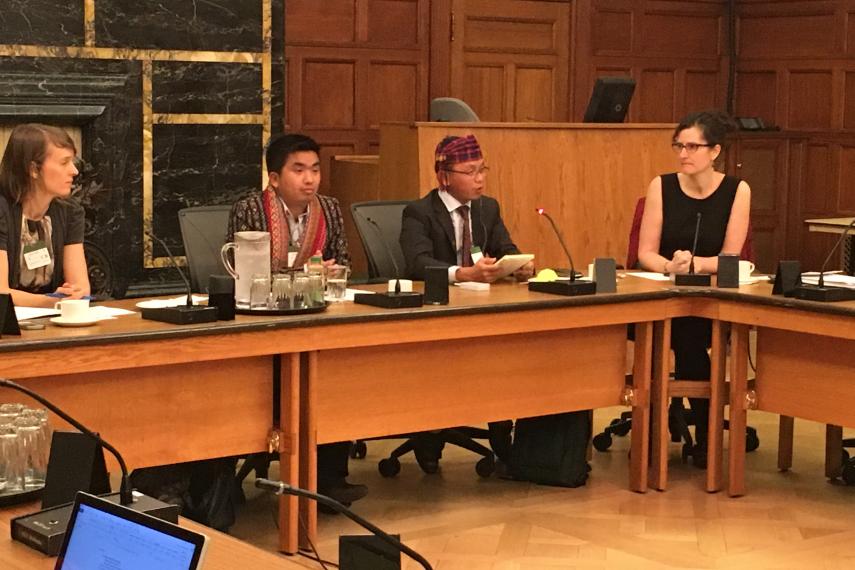 Inter Pares staff member Samantha McGavin’s April 2018 trip to Burma, which also led her to Thailand and Malaysia (see additional photos in the gallery below), was part of Inter Pares’ approach to relationship-building with our overseas counterparts. We regularly visit the places where counterparts work to meet a wide range of people affected by issues, to hear first-hand accounts of their struggles, and to observe our counterparts’ organizing work in action. We gather stories and form relationships, which we then feed into our ongoing work in Canada of advocating for responsible foreign policy, raising funds and awareness among Canadians, and linking counterparts to likeminded activists elsewhere.

In early June 2018, we organized a delegation to Ottawa of three colleagues from our Burma program, a series of events which exemplified several of these approaches. Staff members from three counterparts were already coming to Canada: Steven Naw Awng from Kachin Development Networking Group and Sang Hnin Lian from Chin Human Rights Organization were enrolled in Equitas’ International Human Rights Training Program in Montreal, while Chris Lewa from the Arakan Project had been invited to speak at the Canadian Council for Refugees’ annual conference in Toronto. It was a perfect opportunity for Inter Pares to bring them all to Ottawa so that we could present a fuller picture of Burma to decision-makers.

A diverse country of many ethnic nationalities, Burma has spent decades suffering under military-led regimes that subjected its minority peoples to ethnic, religious, and linguistic assimilation, and mounted military offensives against civilians and ethnic armed organizations. Despite 2015 elections that replaced a series of dictatorships with a military-dominated government, human and civil rights abuses are rampant, and have in fact deepened since the elections. These abuses include major offensives in Kachin and Shan States and skirmishes elsewhere, concentration camps in Arakan State, and internal displacement camps in Shan, Kachin, Chin, and Karen States. There are state-run residential schools in Chin State which force Christian children to convert to Buddhism. Journalists and human rights defenders languish in jails, and villages are increasingly militarized. Large resource extraction projects are militarized, involve forced displacement, and enrich the military. Humanitarian aid to displaced communities is regularly blocked by the government as well as the military. Community groups have documented the Burma Army’s use of rape as a weapon of war in almost all ethnic states.

In recent months, the world has witnessed perhaps the final chapter of the genocide of Burma’s Rohingya people, which has been building up over decades. The genocide’s horrific violence and mass displacement, which has been denounced by Inter Pares and countless others, has sparked international condemnation and intervention – but the global spotlight has been overwhelmingly focused on the Rohingya people alone. By and large, the genocide has not led a widespread understanding of the larger context of Burma’s ethnic peoples generally, in which they have spent decades being subject to systemic and ongoing militarization, violence, and assimilation.

Since Canada is asserting an emerging leadership role in the Rohingya crisis, the opportunity in June 2018 to host three delegates who work on rights violations in Kachin State, Chin State, and Arakan State was ideal, in terms of capitalizing on the political moment in order to draw decision-makers’ attention to other war crimes in Burma that warrant international condemnation and action. During the meetings we organized with Members of Parliament, Senators, ambassadors, officials at Global Affairs Canada, and Special Envoy to Myanmar Bob Rae, our delegates painted a sobering picture of rights violations across the country, and proposed policy ideas for moving forward. We also created opportunities to connect with other non-governmental organizations and activists in Canada working on Burma, so that we could feed into each other’s work through forming connections and sharing updates.

Such delegations are important moments to bring our counterparts’ voices to Canada, so that Canadian policy and action are informed by grassroots experiences and perspectives. At a moment where the federal government is deepening its engagement on Burma, the inclusion of such voices here in Canada is more vitally important than ever. 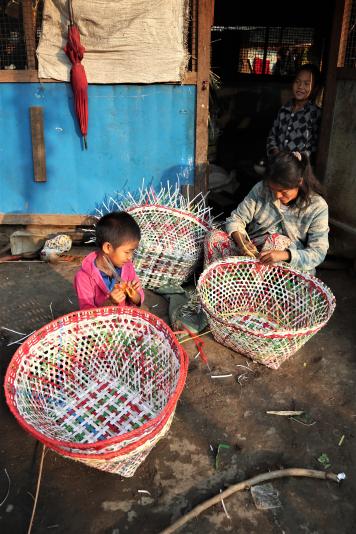