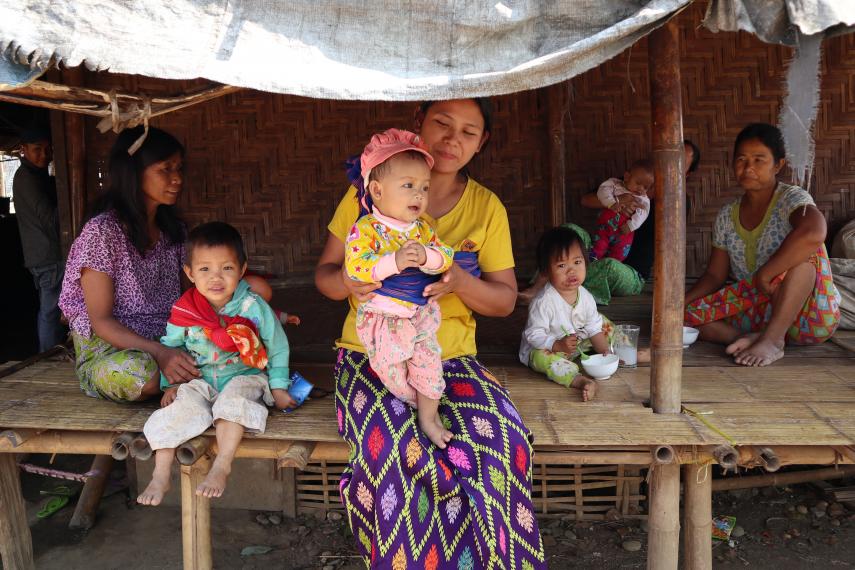 "People are trapped in the jungle and can’t go home to their villages.” It is April 2018, and Steven and I are talking in a hot wooden house in Kachin State, northern Burma. Steven is the Secretary General of the Kachin Development Networking Group (KDNG), an amazing long-term Inter Pares partner that is dedicated to sustainable development and environmental protection. Steven and his colleagues are telling me about the recent Burma Army bombing of Tanai township in western Kachin State, where the Burma Army launched fresh offensives this year. The army is blocking roads, preventing aid from reaching people and villagers from escaping. Tanai has lucrative amber mines – and the Burma Army is trying to gain control over them.

As we sit and share updates over tea, Steven and his colleagues recount one story after another about natural resource megaprojects that displace communities from their homes and bring greater military presence. I’ve heard so many similar accounts of such displacement in Burma over my 15 years at Inter Pares. It is clear: Burma’s government sees land as a resource to control and plunder, instead of as an integral part of the lives and cultures of communities who have long been its stewards, and to whom government must be accountable.

I spent the next two days visiting with people living in internally displaced persons’ (IDP) camps outside of Myitkyina, the capital of Kachin State. The camps are well-organized with rows of thatched huts, and managed by a variety of elected committees. But they’re crowded, with five to ten family members living in a single 11’x18’ room. Food rations are limited, and residents must spend hours collecting firewood from further and further away.

In one camp, Janmai, I am really struck by how widespread the conflict is, and how systematic it feels. The residents come from 17 different communities across the state. Some had fled when they heard the Burma Army was approaching. Others were less fortunate, and when the army arrived, soldiers killed villagers or forced them into dangerous hard labour. Some people made the terrifying journey across the armed conflict’s front line to reach camps like Janmai, which have some assistance. But so many others are stuck behind the front line, unable to access international assistance, as Burma’s government has blocked humanitarian aid from reaching many IDP camps.

The situation only became worse after Aung San Suu Kyi came to power in 2015, not better. Her spokesperson insists that IDPs on the “wrong side” of the front line have to cross over in order to get aid – in direct contravention of international law. Barely any global attention is paid to the IDPs’ desperate plight, or to the government’s role in its creation.

Human rights violations by the Burma Army, including rape, are all too common in the seven years since the army broke its ceasefire with the Kachins. The Kachin Women’s Association of Thailand (KWAT), another one of our partners, estimates that over 120,000 people have been displaced, and thousands killed since the ceasefire ended. KWAT, along with KDNG and others, is calling on the United Nations to refer Burma to the International Criminal Court for war crimes in Kachin State.

A few days later I am in Chiang Mai, Thailand, catching up with Charm Tong, an old friend of Inter Pares. We discuss the Burma Army’s ongoing attacks on civilians in the war it’s waging against ethnic armed groups in Shan State. She tells me about her work with the newly formed Shan State Refugee Committee (SSRC), a group led by members of IDP camps on the Shan-Thai border that is advocating for recognition and assistance to the camps. While it receives modest support from Inter Pares, SSRC is urgently seeking significant funds for food and medical services for its residents who simply cannot return home.

There are similar concerns when I visit our partners in Malaysia, who are committees of ethnic refugees from Burma that offer services and advocacy for their community members. Despite precarious and dangerous conditions in Malaysia, where refugees are unrecognized and are often exploited and
deported, the news from back home in Burma leaves people convinced that it is still not yet safe to return.

Through my conversations on this trip, it is clear there is a complete breakdown of the peace process in Burma, and that military offensives, humanitarian crises, and mass human rights violations continue to proliferate far beyond the Rohingya villages of Arakan State. Internationally there are so few people paying attention to the ongoing waging of war by the Burma Army against its own people, and to the government’s complicity.

Many of our collaborators are discouraged, as hope fades for the more democratic Burma promised with Aung San Suu Kyi’s election. But not one person I spoke with told me that they would give up in the face of these overwhelming challenges. This is their homeland. This is the struggle for their people’s futures, and that of coming generations. Giving up is simply not an option.

Their courage, determination, and unceasing efforts are sharp reminders for me, living in Canada, well-fed and far from war. I too must persevere in my efforts to share their stories with Canadians, and to help ensure that Inter Pares and Canada plays as supportive a role as possible in promoting true peace and democracy in Burma. 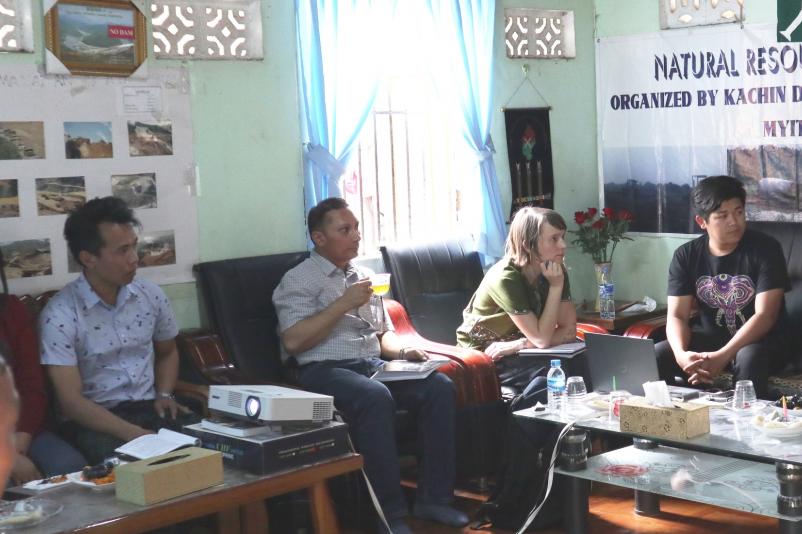