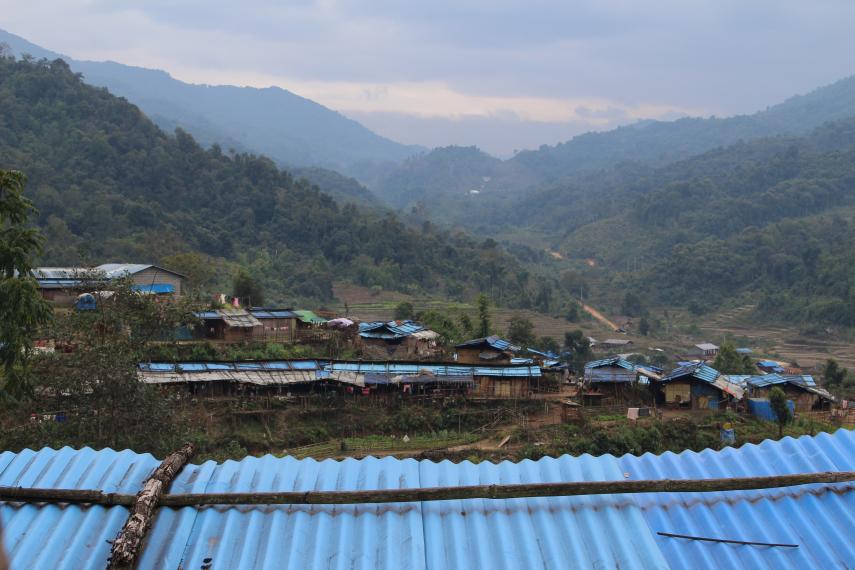 In 1947, just before independence from Britain, a conference was held at Panglong, Burma. General Aung San (Aung San Suu Kyi’s father) had realized that Burma could survive only if the non-Burman ethnic groups comprising 40 percent or more of the population agreed to be part of it. A federal structure was agreed upon – but within months, Aung San was assassinated by rivals who, among other motivations, opposed this agreement. Burma was thus born as a centralized state dominated by the Burman ethnicity. State-sanctioned discrimination against non-Burmans led to ethnic tensions and armed resistance. The state militarized, and in 1962 became a military dictatorship that lasted almost fifty years, only recently replaced by a military-dominated parliament.

Burma was cobbled together by the British from a diverse territory larger than Alberta, shared among the Shan, Karen, Kachin, Chin, Wa, Mon, Karenni, Arakan, Burman, and other peoples – all with entirely distinct cultures and languages. No one has ever fully controlled all of its forested mountains and fertile valleys. Some people in the hills have never seen government employees other than soldiers. Burma’s ethnic “periphery” covers 60 percent of its geography, where the minorities are the majority.

Unlike General Aung San, Burma’s post-independence regimes justified military rule as the only way to hold the country together. They used brutal scorched-earth campaigns for decades in an attempt to extend sovereignty all the way to the borders. Ethnic villages were to be conquered and controlled, their populations subjugated and ‘Burmanized’ – made to speak Burmese, and preferably made Buddhist. The Burmese-language name “Myanmar” imposed on the country in 1989 was seen as linguistic Burmanization, and is rejected by pro-democracy activists.

Military campaigns faced both non-violent and armed resistance. As military offensives became more brutal, the resistance only became more determined. Villagers hid in the hills rather than submit to military control, while ethnic groups carved out large territories and ran their own regional governments.

As militarization led to increased repression in the urban centres of central Burma, the regime faced massive non-violent protests in 1975, 1988, 1996, and 2007. In every case it responded with live ammunition, massacres, widespread arrests, and torture. Urban dissidents, mostly Burman, fled to ethnic territories where they joined in alliances with up to a dozen already-allied ethnic resistance groups. Together they negotiated and drafted federal constitutions that could bring peace to Burma. In response, the Burma Army destroyed over 3,600 villages, mounted offensives against ethnic territories, and undermined alliances by offering business concessions to armed group leaders to obtain ceasefires without addressing political grievances.

Without a political resolution, most of those ceasefires eventually failed. Yet new ceasefire negotiations since 2011 have all followed the same model, leaving political talks for an unspecified later date in order to prioritize extractive “development projects.” Under the cover of new ceasefires, the army sends in more troops and heavy weaponry. The current constitution places the military beyond government control, and the military still rules with impunity in the countryside. In April 2012 a Chin refugee told Inter Pares, “I didn’t flee from Aung San Suu Kyi, I didn’t flee from this government – I fled for my life from the army. And the army has not changed. They are still in my village.”

Many of our program counterparts work to empower people and communities in the “ethnic” regions. We also support coalitions like the Women’s League of Burma, formed by thirteen organizations representing women of most ethnicities, and Burma News International, which disseminates news from eleven local media groups in ten languages. Multi-ethnic coalitions can overcome prejudice, build trust, and enable groups to share experiences and strategies toward a diverse yet peaceful Burma.

In February 2012, Inter Pares helped to organize an Ottawa teleconference with Aung San Suu Kyi. “We have to respect the aspirations of the ethnic nationalities and try to build up a genuine union based on the Panglong agreement,” she said. “They simply want autonomy and self-determination as laid down by a constitution that will be acceptable to all … and this is what we have to work towards.” Without that, sustainable peace and democracy in Burma will be virtually impossible to achieve.