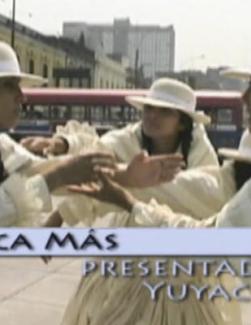 Peru’s civil war, which raged from 1980 to 2000, killed more than 69,000 people, and left hundreds of survivors of sexual violence, primarily indigenous women. Hidden from view high in the Andes, the brutality of the conflict shocked Peruvians when it was revealed in the 2003 Truth and Reconciliation Commission (CVR) report.

The CVR also found that during the armed conflict, rape was used systematically by the army as a weapon against civilian indigenous women. Yet while women suffered, the conflict also spurred them to take on new roles, often as community leaders.

Inter Pares and Project Counselling Service (PCS) have produced a 30-minute film, Rising From the Ashes, to share our work in Peru through the inspiring story of four indigenous women. As survivors and activists, through their organizations they are struggling to create a more just and peaceful society by seeking justice for past crimes, by providing mental health support to other survivors, and by promoting women’s leadership within their communities. PCS and Inter Pares are proud to collaborate with these women and to share their stories.

Organize a screening in your community to raise awareness and funds to support Inter Pares work.

What has happened since?
Since this video was filmed, the courageous people involved have continued their work.

Although Georgina is still waiting for her case to be heard before the Inter-American Court of Human Rights, the first trial of military personnel for a collective case of the use of rape as crime against humanity is currently being heard in Lima. A positive step toward justice, this trial also contributes to transforming legal norms in Peru to better address all cases of sexual violence against women in the future.

Gladys and Rufina are still very active within their organizations advocating for justice and reparations for victims of the conflict. Although they know it will not come soon, they tell us with measured optimism that the work of the Council of Reparations, which has registered close to 70,000 victims, is a first step toward obtaining reparations. And more importantly for the long haul in front of them, women and Indigenous people continue to take on leadership role in the victims' organizations, changing and challenging with their actions the oppression and discrimination they have suffered. Such changes over time are an essential element for building a peaceful and just Peruvian society.

Regionally, Inter Pares and PCS continue to bring together the people who will make change happen. Last August, state representatives and civil society counterparts from Colombia, Peru and Guatemala met in Colombia to discuss and develop public policies on prevention of sexual violence against women and access to justice and reparations. And in November 2009, with resources and other support provided by Inter Pares and PCS, DEMUS from Peru, Casa de la Mujer from Colombia and Actoras de Cambio from Guatemala presented to the Inter-American Commission of Human Rights (IACHR) a critical regional analysis of the implementation of the recommendations of the IACHR Report “Access to Justice for Women Victims of Violence in the Americas" (2007). During this session, Inter Pares counterparts offered recommendations to the IACHR to remedy to the lack of access to justice, asking that the Commission visit each of the three countries to assess the access to justice specifically for women survivors of sexual violence during the armed conflict.

Rising From the Ashes was produced for Inter Pares by Sound Development Productions, and is available in English, French, and Spanish.