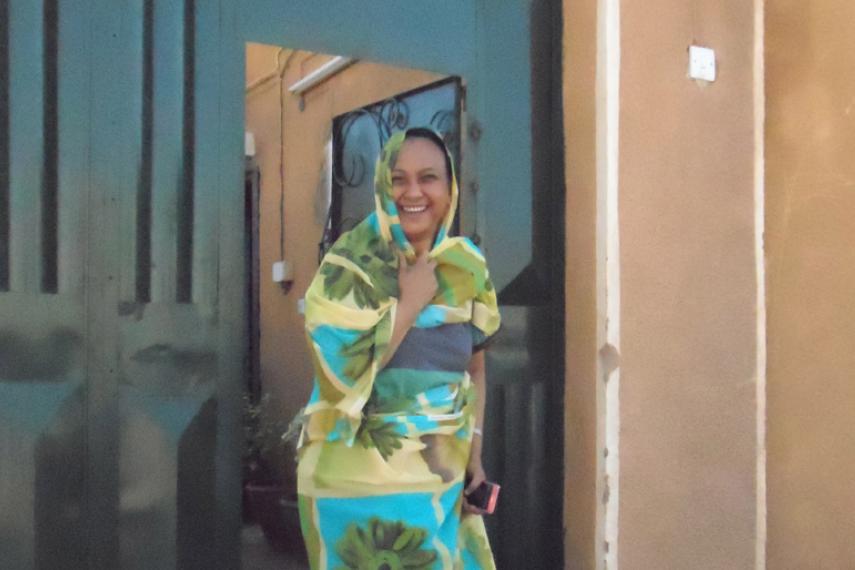 Once among the most emancipated in the region, Sudanese women have spent the last three decades or so subject to shariah law, which is based on a conservative interpretation of Islamic principles. Under the guise of religion, Sudan’s fundamentalist military regime legitimizes the violation of women’s legal rights and civil liberties. Many of these restrictions manifest around controlling women and girls’ sexuality: strict dress codes, inadequate penalization of rape and “honour crimes,” decriminalization of female genital mutilation, victimization of sexual assault survivors.

The political crackdown that accompanied the 1989 military coup led by current President Omar Al-Bashir drove opposition parties, unions, and social movements underground, including the women’s movement. Fahima Hashim, director of the Salmmah Women’s Resource Centre and an Inter Pares collaborator, explains that “gains made by Sudanese women in the 1960s and the 1970s were reduced considerably.”

Since the coup, the situation has slowly changed. Opposition parties have reassembled and joined Parliament, and the women’s movement has resurfaced and is rebuilding its strength. Young people on university campuses are talking about peace, human rights, and sexuality; young women are beginning to voice indignation about the double standards they face because of their gender. For example, universities are rejecting women for not wearing modest “Islamic uniform”; special guards have even been hired to measure the length of dresses and sleeves, and to assess the thickness of scarves. At the same time, university administrators turn a blind eye to the rampant sexual harassment of women on campus.

As part of a coalition called MOTIVE, Salmmah launched a campaign several years ago promoting policies against sexual harassment on campuses. They are reaching out to the brave female students who are already trying to organize on these issues. Given the conservative political and religious climate, this sensitive work is slow and careful in its planning; seasoned activists are all too familiar with government harassment directed at those who publicly defend women’s rights.

This careful strategy will also create space for Salmmah to adapt to young people’s ways of organizing in Sudan – not through traditional means such as conferences and debates, but through music, the Internet, and social media. By combining the experience of older activists with the innovation and emerging leadership of young women, Salmmah aims to promote campus environments that respect women’s rights, while supporting young women to take their place in the Sudanese women’s movement.

[In Sudan] seasoned activists are all too familiar with government harassment directed at those who publicly defend women’s rights.