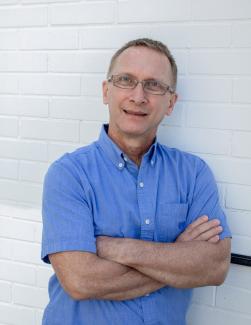 David obtained his BSc in environmental science from York University and Diploma in Natural Resource Management from the University of Toronto. After teaching science in Nigeria for two years he returned to Canada where he began to work in the Canadian environmental movement, working for Pollution Probe and Earthroots.

In 1993, David moved to the south of Mexico to work with a Guatemalan non-governmental organization assisting refugees. He spent four years in the southern states of Campeche and Chiapas working with groups in the refugee camps to plan their process of return to the north of Guatemala. In 1997 the NGO moved its operations to Petén, the northern department of the country, where he accompanied the newly established cooperatives in their struggle to develop. In 2001, David returned to Canada where he was briefly with Peacefund Canada.

In 2002 he joined Inter Pares as a member of the Latin America team, helping to manage the Colombia bilateral program. David switched to the Asia team in 2007 and currently works with counterparts in Bangladesh and India as well as regional organizations.

His work is focused on food sovereignty and economic justice issues. He is the chair of the Asia Pacific Working Group of CCIC.