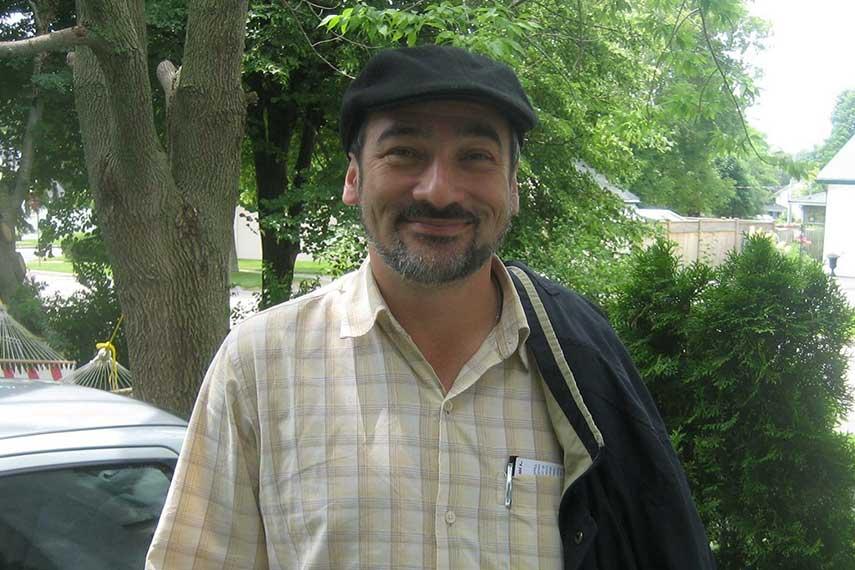 Omar Fernández is the Director of the Corporación Arazá, a Bogotá-based NGO working for social justice and the defense of human and environmental rights.

Omar Fernández believes in the power of people. A highly respected human rights activist and leader, Omar has dedicated his life to strengthening social movements in Colombia. “I cannot rest in the face of social injustice,” says Omar. “I don’t believe one can remain indifferent when confronted by the suffering of people who are among the most vulnerable and oppressed.”

Since its creation over a decade ago, the Corporación Arazá has worked with and provided support to grassroots groups that unite people from various social sectors, most notably rural peasant farmers and Indigenous and Afro-Colombian peoples. In a country with the most unequal land ownership in the world, many of these communities experience chronic violence and forced displacement. State policies have failed to address the root causes of endemic poverty in the countryside, favouring instead large landowners and agribusiness, and deepening rural poverty.

The Corporación Arazá works to support marginalized people to defend their rights by helping them come together, share their lived experiences, analyse the factors that contribute to their exclusion, and develop joint strategies to address their common problems.

This year, Inter Pares supported two such initiatives spearheaded by the Corporación Arazá.  The first of these took place in September 2018, when delegates from 42 grassroots groups from across Colombia gathered to create a new national agrarian federation – the National Union of Rural Integration (UNIR). According to Omar, “the communities involved in this initiative saw the need to coordinate their efforts in order to have a real impact on public policies, and to access the public funds to which they are entitled. The creation of UNIR is an important step in strengthening the capacities and giving a stronger, united voice to sectors of the population that have been absolutely abandoned and historically excluded in Colombia.”

Omar believes that transformative change must come from the grassroots. He explains, “rights have never been won through the generosity of the ruling classes but, rather, by the action of social movements. I believe in a better future for all and I will never lose hope of reaching a society that is governed by solidarity, mutual cooperation and the pursuit of common good.”