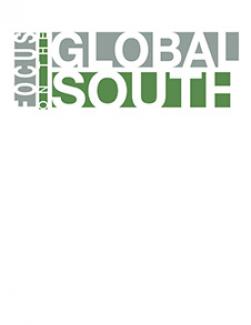 Focus on the Global South (FGS) is based in Thailand with offices in India and the Philippines. FGS brings together diverse actors – from government through to social movements, from North and South – to share and deepen analysis of emerging power patterns and new experiences of social transformation as the basis for broad mobilization for democratic change. FGS was at the forefront of the struggles that resulted in the World Social Forum, derailed the World Trade Organization, and brought forth alternative visions through their deglobalisation paradigm.