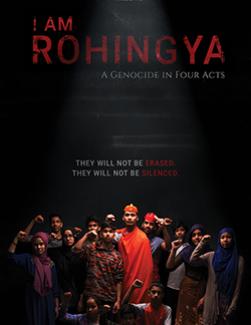 I Am Rohingya: A Genocide in Four Acts is a powerful documentary that chronicles the journey of fourteen Rohingya refugee youth in Kitchener-Waterloo, Ontario, who take to the stage to re-enact their families' harrowing experiences in Burma and beyond.

Join us on May 9th in Ottawa, May 11th in Toronto, and May 13th in Waterloo for the film's inaugural Ontario tour. There will be a special screening of the documentary followed by a Q&A with the incredibly brave and inventive Rohingya youth community of Kitchener-Waterloo.

Inter Pares is proud to have been supporting the film's development project since mid-2017. We are also sponsoring its publicity and distribution, and co-organizing the Ottawa screening.