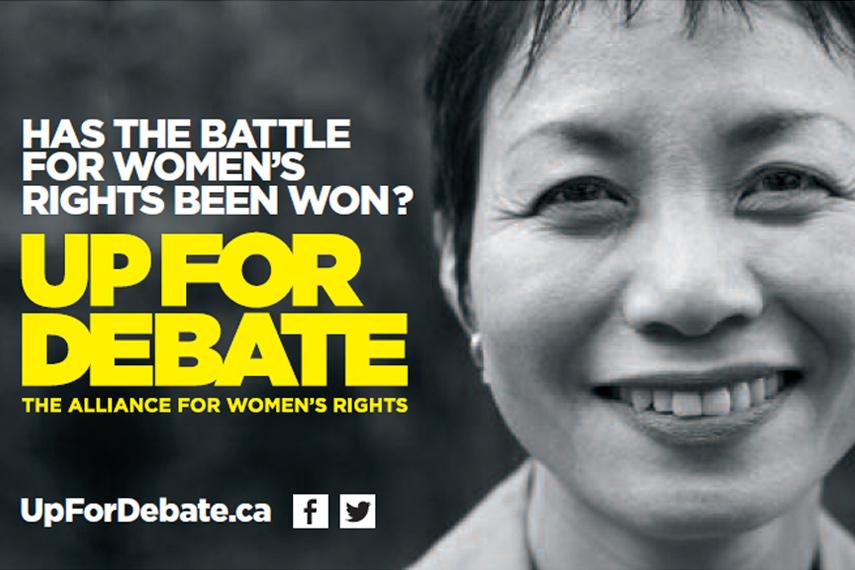 More than 100 women's organizations - including Inter Pares - seek to create a national conversation on gender equality and women's rights in the lead up to the next federal election.

Thirty years have passed since Canada held its first and only leaders' debate on issues identified by women during a federal election. Much has changed since that time - yet women in Canada are still grappling with many of the same problems, and inequality remains.

The Up for Debate campaign calls on Canadian federal political parties to make meaningful commitments to change women's lives for the better, at home and around the world.

Help build a Canada that works for women: support Up For Debate! »