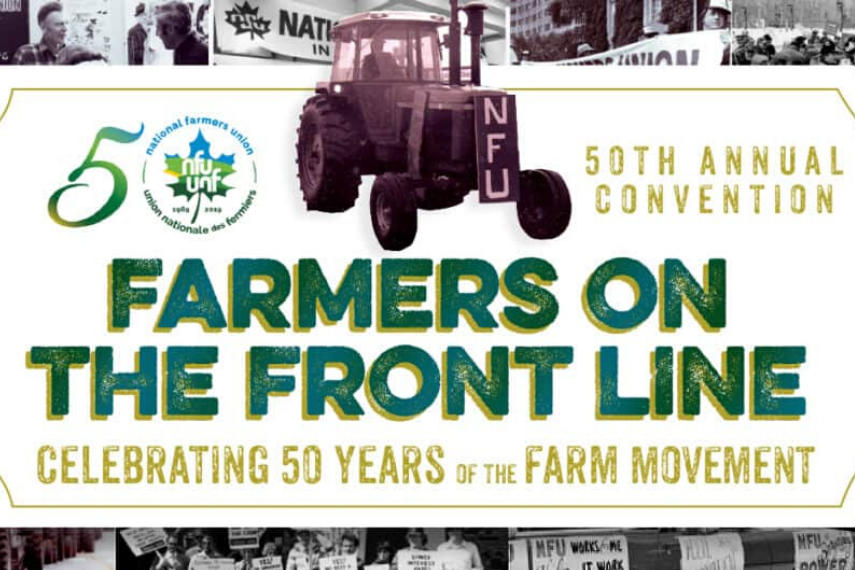 Inter Pares is a proud supporter and ally of the National Farmers Union (NFU). For decades we have worked with the NFU to defend family farms, promote ecological agriculture, and act in solidarity with farmers’ struggles around the globe.

Our history goes back to the early days of the Peoples Food Commission (1977-1980) when we collaborated on a series of town hall meetings across the country that helped to reveal the increasing power of corporations in our food system, and how this was driving up food prices while reducing farmer incomes.

In 2005, we collaborated with the NFU and other Canadian organizations on an international roundtable about the potential risks of genetic engineering in food and agriculture. We subsequently worked together to found the Canadian Biotechnology Action Network (CBAN).

More recently, Inter Pares has supported the NFU’s Indigenous Solidarity Working Group to host a series of webinars bringing together Indigenous thinkers and leaders with non-Indigenous farmers to foster more understanding and common cause.

As the NFU marks its 50th anniversary, Inter Pares is proud to sponsor its annual convention, taking place November 24-27, 2019 in Winnipeg. We look forward to attending to strengthen bonds of friendship and common cause and to learn from farmers about their everyday struggles, dreams, and actions for greater social justice and ecological farming.