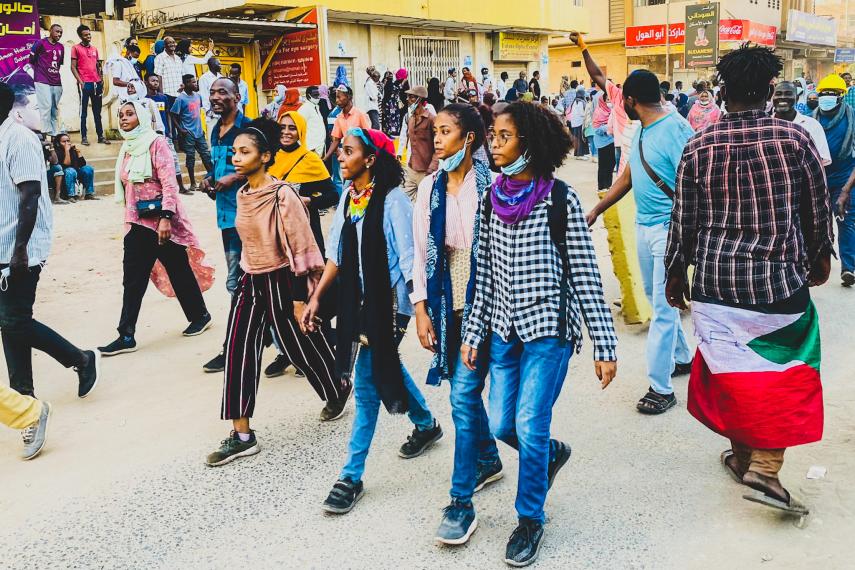 Last year was marked not only by COVID-19, but by another type of pandemic: coup contagion.

In 2021, more military power grabs were attempted globally than in the previous five years combined. In February, the Burma army attempted a coup d’état, trampling the fragile, decade-old democracy. In October, a power grab by Sudan’s military destroyed hopes that a transitional government – formed after a popular revolution unseated a 30-year dictatorship – would make way for democratic transformation. Since these coups, each country’s military has intensified its attacks against protestors, killing many and wounding, arresting or displacing thousands more.

The brutality and scope of junta power in Sudan and Burma is nothing new. Despite both countries’ democratic veneers prior to 2021, military power was entrenched: from control over their political structures, economies and natural resources, to the patriarchal cultures typical of historically militarized states. These militaries and their cronies thrive on impunity.

Yet the people persist in their resistance, and their power is growing. Youth and women are bringing their strength and resilience to the frontlines. Millions of activists are risking everything to reverse the attempted coups.

Before the coup in Sudan, our counterparts there had been demanding equal representation for women in a future democratic state. Now, they continue to make space for women and to protect activists.

“Regardless of what happens in the political sphere, the Sudanese ‘street’ shows the tenacity and resolve that stands Sudan in the best possible position to see through the democratic and civilian demands,” says Sudanese activist Kholood Khair.

In Burma, Inter Pares’ counterparts are leaders in advancing policy solutions that articulate the future federal democratic nation they are striving for.

“Years of work have prepared us for this,” says K’nyaw Paw, an Indigenous Karen activist. “Our uprising will be hard to quash, especially women’s resistance to military power. This uprising is deeper than in the past.”

We have witnessed remarkable civil society responses to the military’s actions in Sudan and Burma. With your support, Inter Pares will continue to work in solidarity with these courageous activists in pursuit of peace, justice and democracy.

Before the coup in Sudan, our counterparts there had been demanding equal representation for women in a future democratic state.