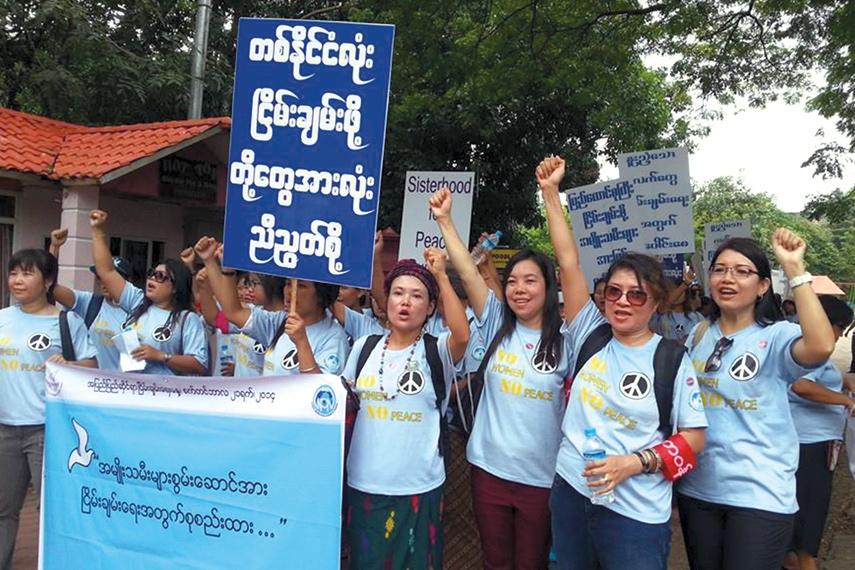 A women’s walk for peace: with many of Inter Pares counterparts. Credit: Khin Ohmar

Social justice activists in Burma are about to face a major dilemma. In late 2015, Burma will hold its first national elections since the “transition to democracy.” This could be a golden moment for community organizers to engage party platforms or to conduct grassroots electoral education. But, taking part in the election could be seen as an endorsement of a constitution that much of Burma’s civil society rejects.

Burma’s Constitution is deeply flawed. It was drafted by delegates selected by the military. It guarantees a quarter of the legislature seats for active-duty members of the armed forces and ensures that the army is above the Constitution. As a result, the “civilian” government has no control over the country’s army. This is the same army that is responsible for forced labour and evictions, extrajudicial killings, sexual violence and other crimes – now making and approving national laws, with little concern for addressing impunity, injustice or gender inequality. It’s no surprise that women’s organizations, Ethnic groups, and the democracy movement have been fighting to change the Constitution for years.

The current Constitution also gives almost no powers to the states (provinces), and ensures the state leadership is chosen by and answerable to the President. Ethnic people, who comprise at least 40 percent of the population, envision Burma as a federal country. The struggle for political control over Ethnic people’s own lives is at the root of the country’s sixty years of armed conflict. Federalism in Burma will only contribute to building peace if state governments are answerable to local people and have the legal and political jurisdiction to address state issues. Without enshrining meaningful federalism, the Constitution entrenches conflict.

New ceasefire agreements bring some hope of ending conflicts, but peace is not simply the absence of gunfire and grenades. Peace requires addressing root causes of conflict. Peace is about seeking justice for past atrocities and building confidence in an independent legal system. Peace involves sincere conversations about reconciliation. Peace is enabled by a political system which serves the interests of women and men.

How can Burma’s civil society engage in an election when the Constitution is so devoid of democratic principles, and in a context without peace? Should they boycott the election because of the flawed Constitution, or will this further enable the military-aligned parties to stay in power? Should they engage in electoral education and political dialogue? Which tactics reduce the chances of a rigged election or yet another military coup?

Inter Pares works closely with over sixty community-based organizations in Burma, mostly in the conflict-impacted Ethnic areas of the country, and these groups are discussing how best to handle this election year. This is why in March of 2015, Inter Pares will host women from Burma, to discuss elections and federalism with women from Canada and Sudan. Over our forty years of working for social justice, we have found these exchanges to be critical moments for reflection and collaboration. These shared moments break down isolation, build global solidarity and galvanize actions for change.

The struggle for political control over ethnic people’s own lives is at the root of the country’s sixty years of armed conflict. 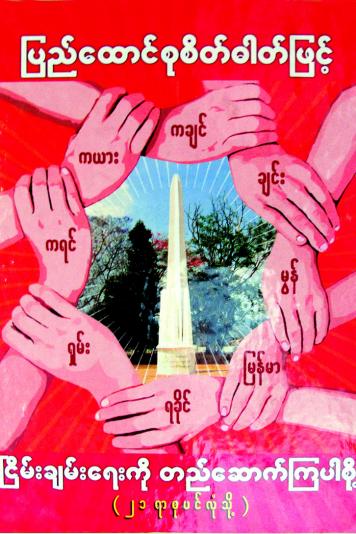