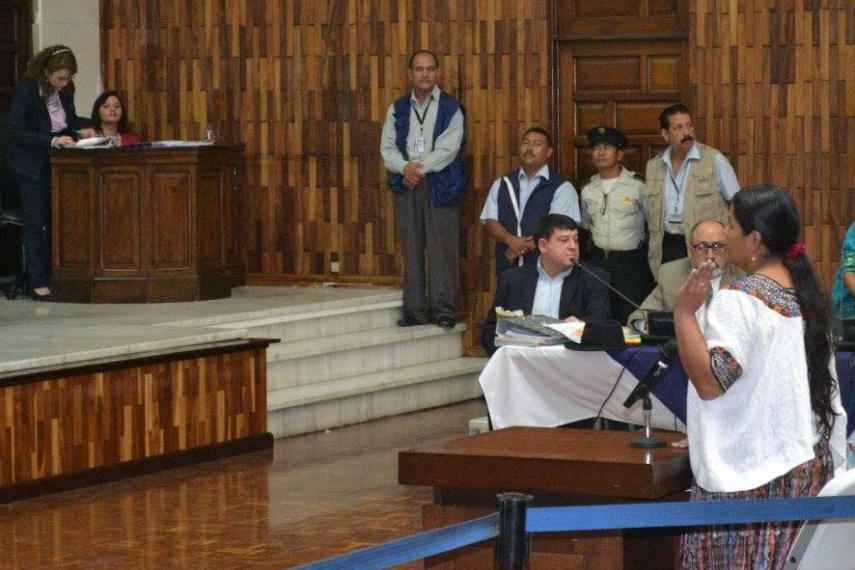 The Breaking the Silence Alliance, an Inter Pares-supported coalition of Guatemalan organizations, has provided ongoing accompaniment to a group of 14 Mayan Q'eqchí women survivors of sexual violence committed by military during the internal armed conflict from the community of Sepur Zarco, and contributed to several advances in the fight against impunity for crimes of sexual violence.

The Sepur Zarco case began again in national courts on February 1st, 2016, after years of preliminary proceedings that have led to the preventive imprisonment of two military officers. There will be over 40 hearings at the tribunal, including the testimonies of the victims, those of 35 witnesses, as well as 23 experts. Most importantly, this trial would not be able to proceed if it were not for the steadfast courage of the 14 survivors; we salute their determination to seek justice in spite of adversity. This is the first time in Guatemalan history that accusations of crimes of sexual violence committed during the internal armed conflict are being heard in front of national domestic courts.

On Friday, February 26th, the Sepur Zarco trial concluded with a guilty verdict for both of the accused. In the ruling, presiding Judge Yasmin Barrios stated: “The survivors had to wait years to break the silence, be heard, and receive justice. Access to justice for the women, hearing their history, will help guarantee these types of crimes never happen again.” Retired Coronel Esteelmer Reyes Girón and former Military Commissioner Heriberto Valdez Asig together face more than 300 years in jail for crimes against humanity relating to sexual and domestic slavery, murder and forced disappearance.

On Inter Pares’ Solidarity Tour blog, you can read about how members of Tour met with the plaintiffs outside the courtroom on February 19, their reflections, and more about the verdict.