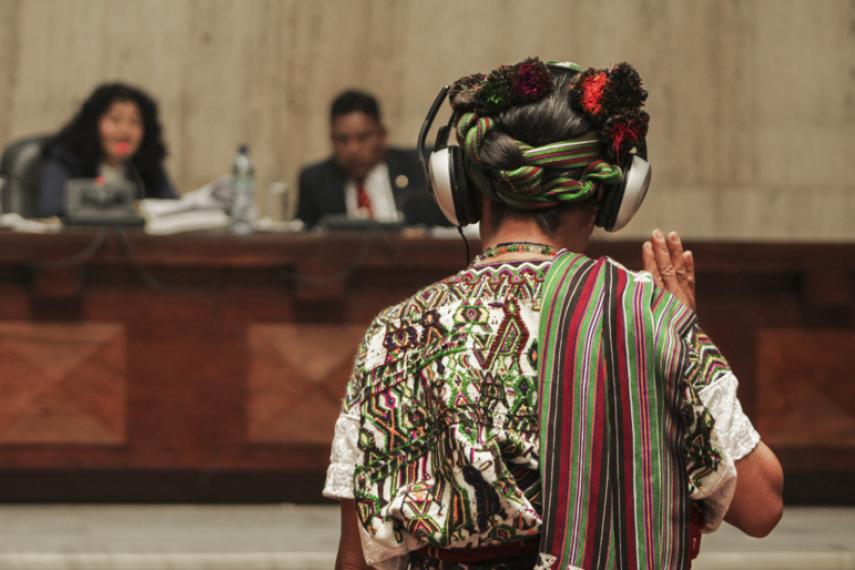 More than thirty years have passed. But for a group of Q’eqchí women living near Sepur Zarco, and thousands of Maya Ixil residents in and around Nebaj, memories of the atrocities they experienced during Guatemala’s armed conflict have never died. Nor has their quest for justice.

Together with our counterpart Project Counselling Service (PCS), Inter Pares is often traveling in both regions, speaking to survivors of the genocide carried out against Guatemala’s Indigenous peoples by the country’s military. Working with local organizations for over two decades, PCS and Inter Pares have assisted Guatemalans as they attempt to rebuild the social fabric of their communities.

Central to these efforts has been providing psychological and social support to survivors – in particular Indigenous women – and creating safe spaces where they can tell their stories and be heard. Another aspect is to give visibility to the issue and to support efforts by Guatemalans to bring the perpetrators to justice.

This work bore fruit in May 2013 when, in a historic trial, former dictator Efraín Ríos Montt was found guilty of having committed genocide and crimes against humanity against the Maya Ixil people. The trial established an international precedent, as it was the first time a former head of state had to face such charges in his or her own country. The outcome was in large part due to the steadfast courage of Maya Ixil survivors, and the persistence of human rights groups that accompanied them throughout this process.

During our visits to Nebaj, we heard from survivors who recalled the “scorched earth” policies of the Ríos Montt dictatorship. Entire villages were razed and homes burned; crops were destroyed, livestock slaughtered, and thousands of women, men and children forced to flee into the mountains to save their lives. One man, whose wife, father, and mother were killed by the soldiers, recounted how he lived for six years in the mountains; another woman spent eight years there after her family was murdered.

The survivors had to endure almost insurmountable difficulties, subsisting off roots and leaves, exposed to harsh weather conditions and always fearing army attacks. In delivering the verdict, Judge Jazmín Barrios stated that 5.5% of the Maya Ixil population had been annihilated during the seventeen months General Ríos Montt had been Guatemala’s de facto head of State. She emphasized that rape and sexual violence against women, girls, and the elderly had been used in an effort to dehumanize the Ixil population and exterminate its people.

The human rights violations exposed during the Ríos Montt trial, in particular sexual violence against women and girls, did not take place only in the Ixil region. Rather, this was a systematic practice conducted by State agents as part of a country-wide counterinsurgency. Eighty-nine percent of the victims were Indigenous women. In 2003, with support from Inter Pares and PCS, some women activists and organizations began to challenge the profound social silence around the use of sexual violence during the conflict. They worked to place the issue within the public sphere, and support women survivors in their search for justice and healing.

Among these was a group of Q’eqchí women who had been used as sexual slaves by soldiers at the Sepur Zarco military camp during the 1980s. In the beginning, according to a former PCS staff member, the women could not express in words what had happened to them. But that has changed. In September 2012, with the support of organizations accompanied by PCS and Inter Pares, fifteen Q’eqchí women testified before the High-Risk Court in Guatemala City in the first criminal trial for sexual slavery and rape committed during the country’s armed conflict.

One recounted how the army, after killing their husbands, put together a list of the young widows and ordered them to come to the military camp. For the next six years, they were forced to cook for the soldiers, wash their clothes, and were repeatedly raped. Another woman added, “If we refused them, it was a death sentence.” In the midst of such sadness, the women also spoke of how, after so many years of holding these memories inside, they eventually found the courage and strength to speak out. The caring and love they share for one another was evident as they spoke of the importance of having come together.

The forces of impunity remain strong in Guatemala. The sexual slavery case is still in its early stages. As for the Ríos Montt verdict, a partial re-trial was eventually ordered by the Supreme Court – this decision was denounced at both the national and international level as a dramatic blow against justice in this small country. Yet, whatever the future may hold, and regardless of whether real justice is attainable in today’s Guatemala – whose current President is a former army general who headed the Nebaj military base during the Ríos Montt dictatorship – the courage and witness of the survivors cannot be undone.

The proceedings against Efraín Ríos Montt and the attempts to hold to account those responsible for the sexual slavery of the women in Sepur Zarco are encouraging developments, highlighting the importance of ongoing, sustained accompaniment of Guatemalans in their struggle for truth and justice. 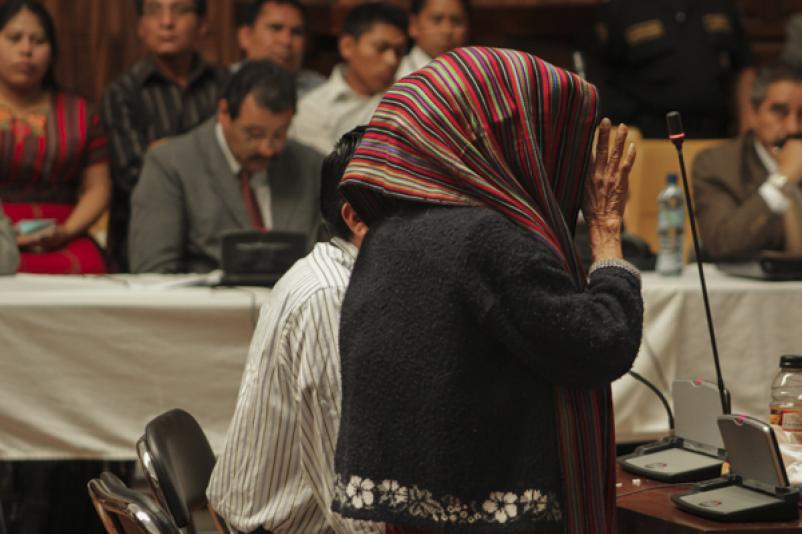