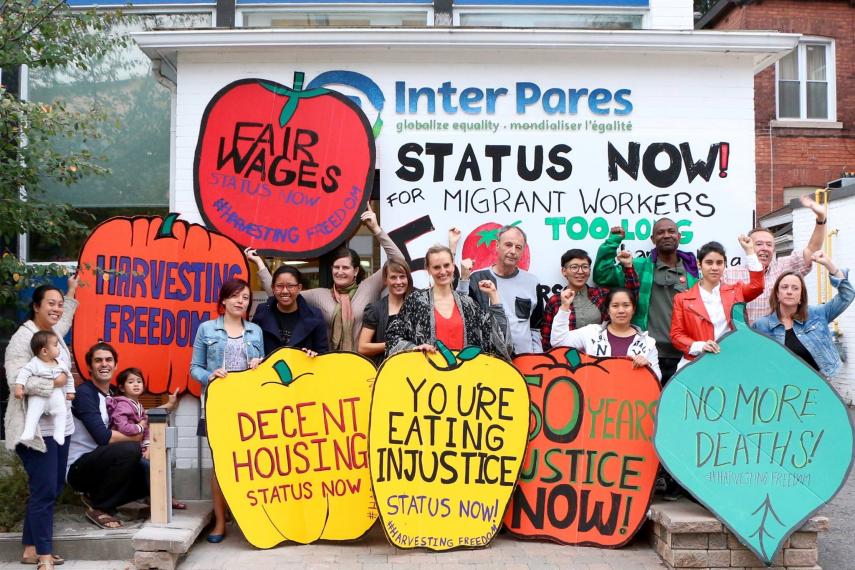 To mark the 50th anniversary of the Seasonal Agricultural Worker Program, the Harvesting Freedom caravan, made up of migrant farmworkers and activists and led by Justicia for Migrant Workers, travelled more than 1,600 kilometres across Ontario, from Windsor to Ottawa. The caravan raised awareness among Canadians about how our food system relies on their precarious and underpaid labour, and called on the federal government to offer them permanent residence status and to respect their labour rights.
In collaboration with the caravan, the film Migrant Dreams by director Min Sook Lee was premiered in Ottawa during the One World Film Festival, sponsored by Inter Pares. By putting a human face on the temporary worker program, the screening and the panel that followed were perfect opportunities to discuss social justice and migrant farmworkers' rights.
During its final stop in Ottawa, the caravan also visited two farmers' markets to raise public awareness, held a parliamentary press conference, and closed with a lively demonstration in front of the caseworker offices of Immigration and Citizenship Canada.
Given our commitment to engage Canadians on struggles for justice and equality, Inter Pares is proud to have participated in the caravan and to have offered it publicity and financial and logistical support. 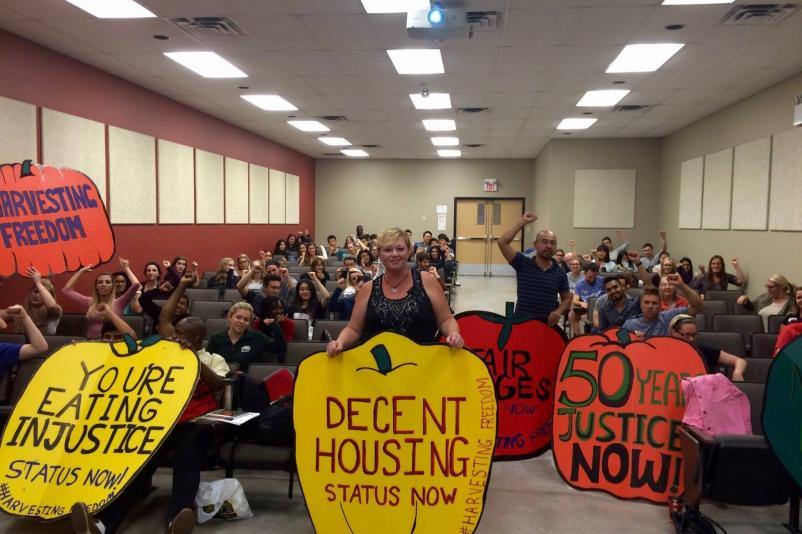