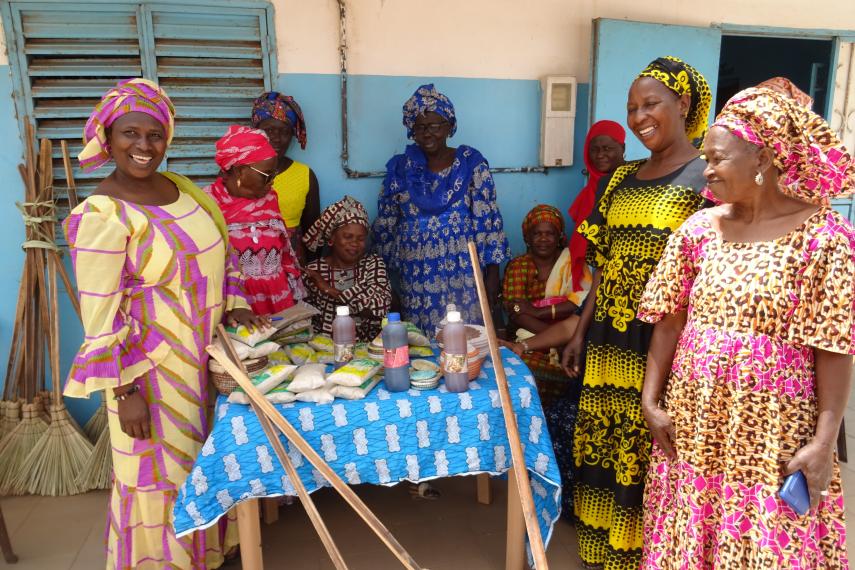 Members of the Rural Women's Network at one of their food processing and exhibition centers. Credit: Eric Chaurette

Inter Pares is excited to announce its new relationship with ENDA Pronat, a longstanding Senegalese organization that is a leader in agroecology, governance of natural resources, and rural women’s leadership. Founded in 1982, ENDA Pronat promotes climate resilient and sustainable rural development in Senegal by accompanying local communities, especially women and youth, to gain and maintain control over their lands and resources and use these sustainably for future generations. It does this through a combination of action-research, rural extension and agroecological training with farmers and women’s groups, and public education and policy work through advocacy with local and national authorities.

ENDA Pronat supports work in rural communities in four of the six agro-ecological zones of Senegal: les Niayes (especially in rural areas between Dakar and Thiès), in the Senegal River Basin (Fouta), the peanut basin (in the Fatick area in particular) and and in eastern Senegal (in the region of Tambacounda). Enda Pronat is also active in Senegal’s capital, Dakar, particularly with regard to advocacy and policy work.

Inter Pares has collaborated with ENDA Pronat in various ways over the past decade: action- research documenting landgrabbing in Senegal; participating in farmer-to-farmer exchanges with our counterpart Deccan Development Society, in India; and conducting awareness and advocacy campaigns on agroecology along with other members of the regional biodiversity coalition, COPAGEN.

Staff member Eric Chaurette recently met with ENDA Pronat colleagues in Senegal and got to spend some time with rural women making a real difference.

Below are some snapshots from his trip with accompanying field notes.