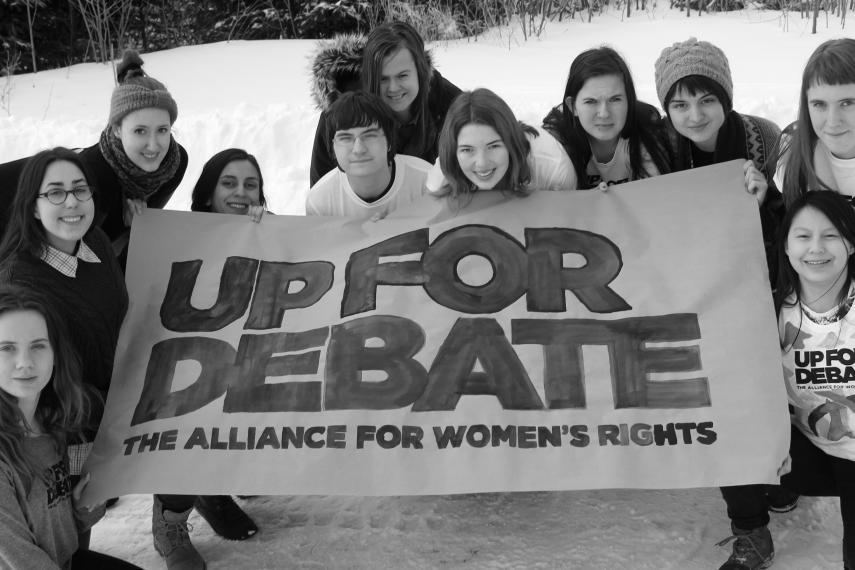 Credit: Up for Debate

On Monday, September 21, at 7 p.m., don't miss the national conversation on women’s issues which will be broadcast live from Toronto. The Alliance behind the Up for Debate campaign will be showing clips from exclusive one-on-one video interviews with four of the five federal party leaders, which will be followed by discussions and analysis of a lineup of commentators and pundits.

Inter Pares is one of the early members of the Alliance for Women's Rights, a group of over 175 women's rights organizations behind the Up for Debate campaign, and is proud to contribute to making these issues central to this election campaign.

To watch it online, tune in on the Toronto Star and Le Devoir websites, or through Twitter Periscope app. If you are on Twitter, follow the discussion using the hashtag #upfordebate, or directly through the @UpForDebate2015 account.

The full length interviews will be available online in the days following the event.