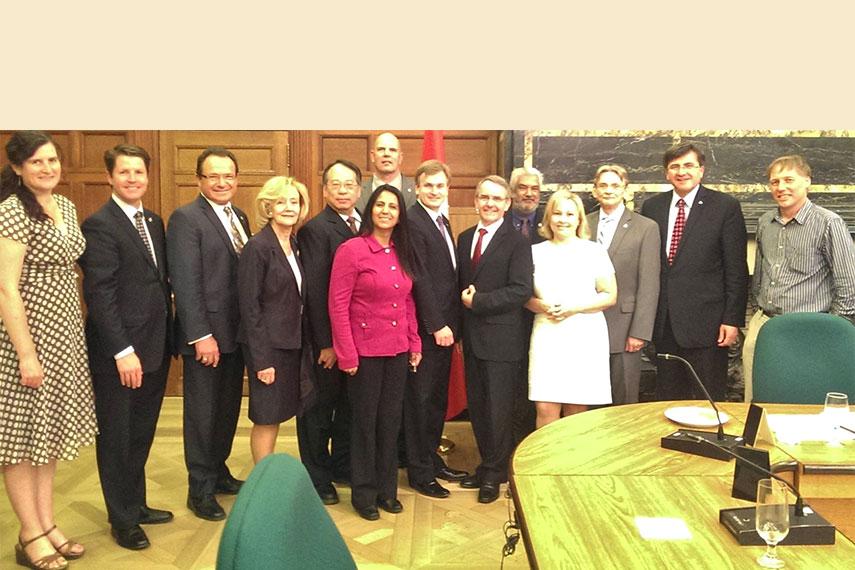 Inter Pares welcomes the announcement of the reconstitution of the Parliamentary Friends of Burma (PFOB), a group composed of Parliamentarians “dedicated to exchanging ideas and promoting the expansion of relations between Canada and Burma, while also working to advance governance and human rights in Burma,” says the press release.

On May 26th 2015, twelve Parliamentarians convened a meeting at which two Inter Pares staff were invited guests. The group adopted a new constitution and elected an executive.

For over 20 years, Inter Pares has collaborated with local groups in Burma and neighbouring countries, a region heavily affected by decades of internal conflict. Throughout this time Inter Pares has hosted colleagues from Burma here in Ottawa in order to contribute to informed Canadian policy. Historically PFOB has played a very useful role in support of Burma’s peace and democracy movement.

Read the press release issued by the Parliamentary Friends of Burma on June 1st, 2015.