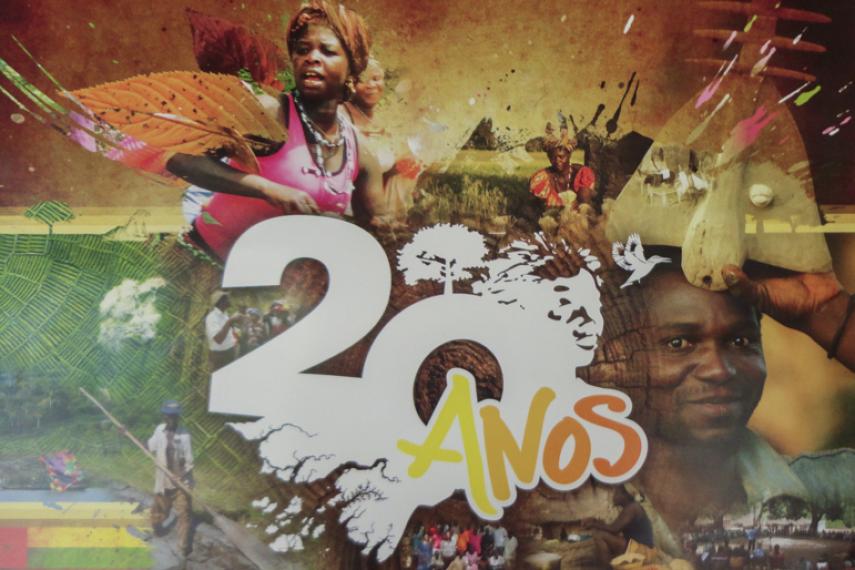 June 2011 marked the 20th anniversary of Tiniguena, an organization in Guinea-Bissau dedicated to the preservation of biodiversity through citizen action and cultural emancipation. The name Tiniguena means this land is our land in the local Cassanga language. Over the years, Tiniguena has done the unthinkable – from deterring the establishment of a toxic ship-breaking yard along the country’s coast; to supporting the Bijagos people in establishing a communal marine protected area; to building an international movement in defense of family farms in West Africa.

What distinguishes Tiniguena in its work to protect biodiversity is the prominent place that culture and civic education occupy. This is not surprising, when reflecting on the organization’s roots. Tiniguena’s story begins with a young woman, Augusta Henriques. Augusta was born on the island of Formosa in the Bijagos archipelago. Living and working with the Bijagos people and learning from their unique way of life instilled in her a deep appreciation for nature, and for the knowledge that they have developed over centuries living off the land and sea.

As a girl and a young woman, Augusta lived through the struggle for independence from Portuguese colonial rule. As a student, she learned about Guinea-Bissau’s independence leader Amilcar Cabral. She was stirred by his writings, and deeply affected by his treacherous murder. Straight out of university, Augusta began working for the Ministry of Education where she met Paulo Freire. This world-renowned author of Pedagogy of the Oppressed and influential thinker and activist made a lasting impression on Augusta. She carried his teachings with her, working with the most marginalized to understand the underlying reasons for their conditions, and bringing people together to organize for change. This trajectory eventually led her and some close colleagues to found Tiniguena in 1991.

Economically one of the poorest countries in Africa, Guinea-Bissau is a treasure trove of cultural and biological diversity as well as mineral and gas resources. In order to ensure that this wealth was preserved and used for the public good, Tiniguena set out to foster a citizenry that recognized its true value. With the motto: “if you know it, you can love it, and if you love it, you will protect it,” Tiniguena has helped build a culture of respect and caring for Guinea-Bissau’s flora and fauna and the rich cultures associated with it.

One example of how Tiniguena has sought to protect biodiversity through culture is its approach to agriculture. Africa is coveted by agribusiness giants and speculators, seeing the continent as one of the last frontiers for the expansion of large-scale monocultures for export. Ongoing marketing campaigns seek to persuade governments and farmers to replace locally adapted, ecological forms of agriculture with a model that relies on patented seeds dependant on chemical fertilizers and pesticides.

Tiniguena’s response to the campaigns is simple: fostering pride among farmers for what they have. With their campaign Kil ki di nos ten balur – loosely translated as “what we have is priceless” – Tiniguena is working with seed savers to recover local varieties, and to multiply and distribute the best seeds. By organizing a yearly “Eat National Day” they are also building demand and appreciation for local produce in urban citizens and farmers. Farmers who recognize the true value of their seeds are less likely to be lured by agribusiness and their patented seeds that come at so high a price. Just as importantly, citizens who appreciate locally grown food are precious allies to farmers.

Inter Pares is honored to work, hand in hand with Tiniguena and looks forward to many more years of solidarity and friendship.

Inter Pares helped to found Tiniguena in 1991, an organization internationally recognized for its dedication in the protection of biodiversity in West Africa.