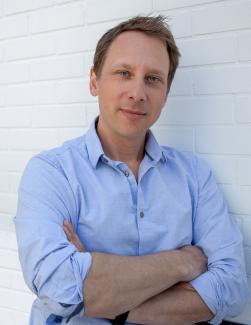 Eric G. Chaurette is a co-manager at Inter Pares. Eric works on issues related to economic justice, food sovereignty, landgrabs, and agroecology and supports programs in Asia, Africa, and Canada.  Since 2005, when he joined the organization, Eric has worked to build greater linkages among social movements for systemic change. Eric has coordinated multiple farmer-to-farmer exchanges, farmer-led and action-research projects on landgrabs, and the impact of new technologies in agriculture. More recently, Eric has been coordinating efforts to strengthen women-led agroecology in West Africa as a means to foster greater gender equality and food security and resilience.

Eric is the co-founder of the Canadian Biotechnology Action Network, where he was Chair from 2006 to 2011, and of the People’s Food Policy Project. Eric also was Chair of the Board of Food Secure Canada and served on its board from 2012 to 2016. Eric now serves on the Board of ETC Group and the Peoples Food Institute and is an active member of the Canadian Food Security Policy Group.

Eric holds a Master's degree in environmental studies and before coming to Inter Pares, he worked for non-governmental organizations in environmental education and community-based conservation in rural regions of Canada and in Latin America.