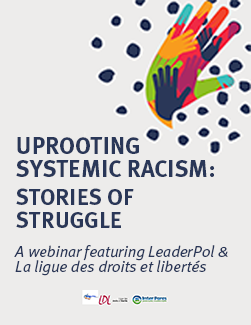 In Uprooting Systemic Racism: Stories of Struggle, we take a deep dive into why systemic racism exists and hear powerful testimonies from activists on the frontlines of this struggle as they share successful efforts underway to recognize, denounce, and uproot structural racism.