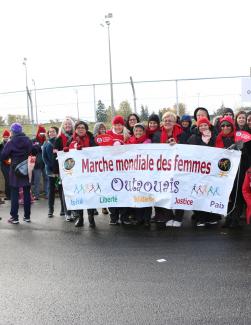 The debate around Quebec minister of Status of Women Lise Thériault and whether feminism is still a relevant concept reminds us that all the struggles for women's rights are still far from over.

This sentiment was eloquently expressed by participants of the World March for Women in Outaouais, who explain in this video why in 2015, we still need to march.