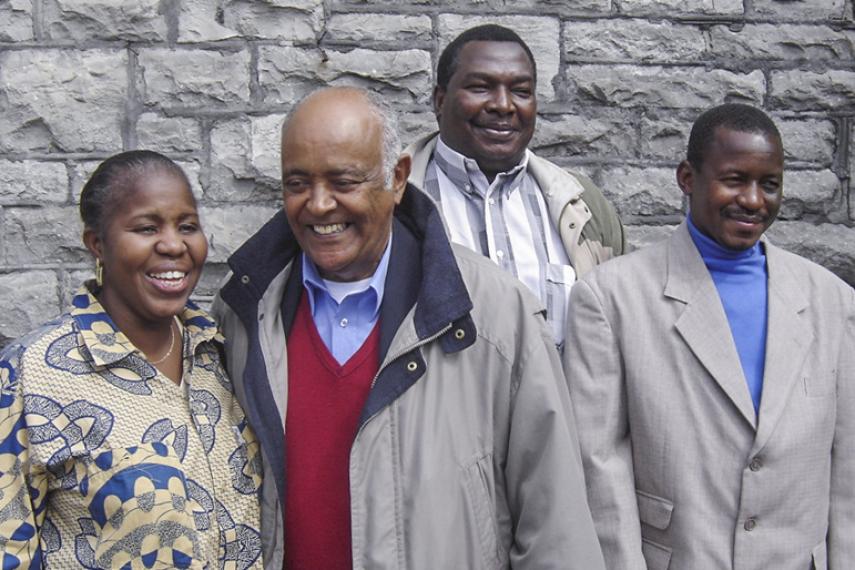 It was during a visit to Bamako, Mali, in 2006 that Inter Pares staff member Eric Chaurette first met Assétou Samaké by chance. They struck up a conversation, first about the weather – it was 40 degrees outside – but then onto droughts, plants, food sovereignty, and genetically modified organisms (GMOs).

According to Assétou, GMOs and industrial agriculture further entrenched inequalities between women and men. It is men who have access to credit to purchase the seeds, chemicals and machinery. Monocultures also displace local varieties of plants, which are most often managed and cared for by women.

These include staple crops such as millets and sorghum and the “condiments” that accompany the staples and ensure a healthy diet: hibiscus, used in juices, and other flowering plants whose seeds are used in sauces, along with trees whose leaves are also used to flavour food.

Assétou was soon called off to a meeting, and Eric was left wondering who this articulate woman was. He later found out that Assétou is a geneticist and a driving force behind efforts to protect biodiversity in West Africa. The following year, Inter Pares invited Assétou and two other members of the West African Coalition for the Protection of Africa’s Genetic Heritage (COPAGEN) to Canada to participate in a debate on the “Alliance for a Green Revolution in Africa” (AGRA). AGRA’s approach was exactly what Assétou feared – the promotion of chemical-intensive agriculture that would bulldoze local knowledge and biodiversity.

COPAGEN argued that any efforts to support agricultural development and food security in Africa should take the lead from African farmers and build on what is there, rather than seek to impose a model of agriculture dependent on foreign seeds and agrochemicals. Assétou shed light on the central role that women play in ensuring food security in Africa, and how this role will be undermined by AGRA.

Assétou can trace her passion for plants back to her elementary school biology teacher. She went on to study biology, and was eventually granted a scholarship to study in Russia. After completing her studies, Assétou returned to Mali in 1997 to teach plant genetics at the University of Bamako. When she joined, she was one of only three women in a faculty of 30, and the only woman to teach plant biology.

Today, outside the classroom, Assétou continues to lead the fight for the protection of biodiversity in Mali. She has helped enhance several seed banks, facilitates participatory plant breeding workshops, and is a leading voice within COPAGEN. Inter Pares is honoured to work with Assétou and support COPAGEN in our collective struggle to build food sovereignty.

Inter Pares helped to convene the first ever critical dialogue among African farmers and the Alliance for a Green Revolution in Africa, helping to put farmers concerns at the fore.