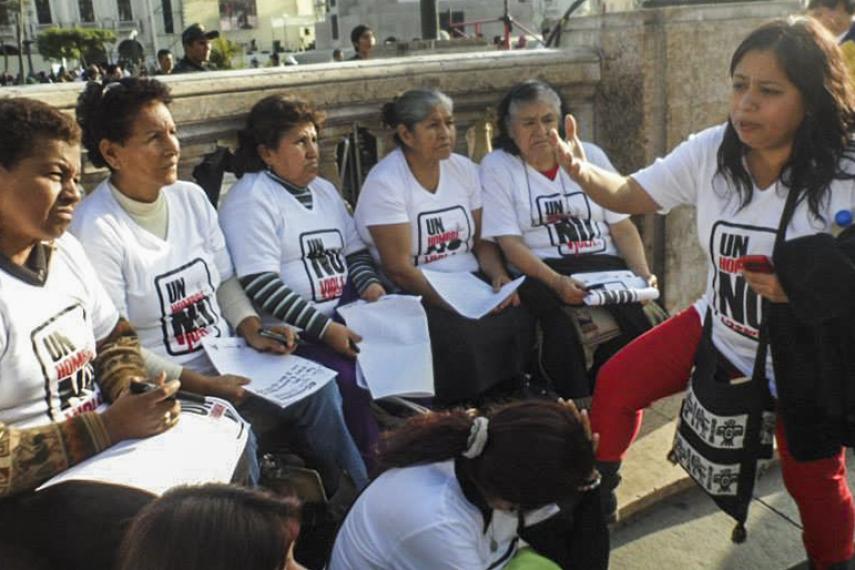 Advocating for women’s control over their own bodies is risky business in a country where Catholic fundamentalists are very powerful. But that’s what DEMUS, a Peruvian feminist organization and an Inter Pares counterpart for the past several years, decided to do after a careful analysis of the state of women’s rights in their country.

In Peru, groups working to achieve women’s sexual autonomy – as DEMUS describe sexual and reproductive rights – are regularly slandered in the media by ultra-conservative groups. DEMUS’s choices expose them to harsh critics. They have prioritized advocating for the legalization of abortion in cases of rape, for the enforcement of current legislation which allows therapeutic abortion, and have played an important role in reopening lawsuits against forced sterilization of Indigenous women in Peru under the 1990-2000 Fujimori regime.

DEMUS staff members are not faint-hearted, and its director María Ysabel Cedano, a feminist lawyer, is one of them. From her early childhood, she noticed that even her progressive family never denounced or spoke out against violence against women and sexual abuse. She sought answers on how to address this contradiction, which she found in feminism.

María Ysabel learned about feminism while working at DEMUS – through activism, debate, and discussion with other feminists. She emphasizes how DEMUS is a great space for interdisciplinary discussion, a space where points of view can be formed, challenged and mutually influenced.

María Ysabel describes herself as a lesbian feminist socialist, and her involvement in social movements reflects this well. Her activism extends to all spheres of her life, and the depth of her passion for profound social transformation has guided her major life choices. She realized as a young adult that roles associated with marriage and family were not for her, and accepts the downsides of these decisions.

In addition to working with DEMUS, María Ysabel plays an active role in Peru’s lesbian, gay, bisexual, and transgendered movement, in national progressive politics, and is supporting other social movements such as stay-at-home women who seek recognition for the value of their work. At one point she even joined the team of the Ministry of Women when she felt that the Peruvian president’s stated commitment to social change would enable her to influence policies on women’s rights from the inside.

María Ysabel contributes her expertise to the legal and media strategies DEMUS uses to expose and critique policies and practices violating women’s rights. Through this holistic approach, DEMUS will continue to wear down the knots of resistance to slowly open up spaces for women’s sexual autonomy in Peru.

Watch this 13 minute TV interview in which Maria Ysabel speaks of the struggles for women’s sexual autonomy in Peru (in Spanish):

Supporting the advocacy of sexual and reproductive rights in Peru by contributing financially to DEMUS, a women’s rights organization