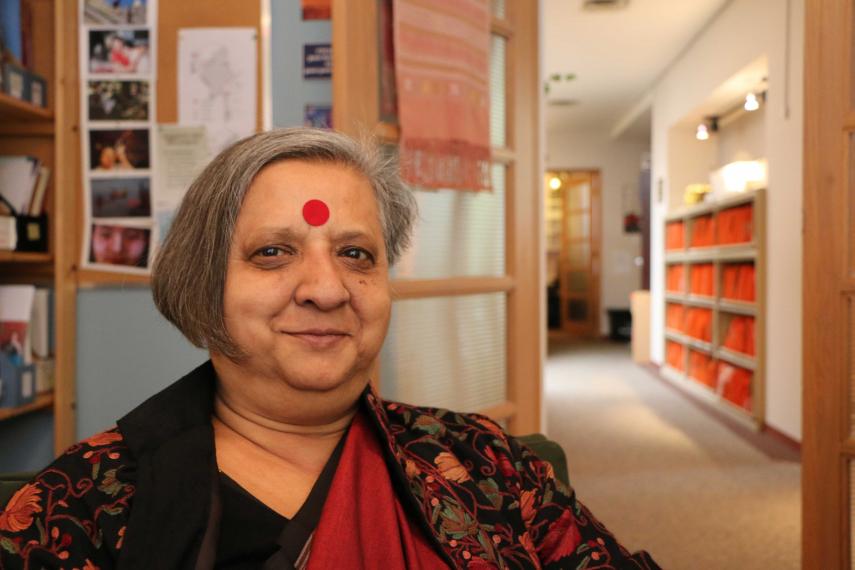 “Women’s equality is like a cart which needs two wheels. Unless both wheels are equal, you cannot go forward.”

Khushi Kabir has always held a deep belief in women’s equality. Growing up in a progressive middle-class family in Bangladesh, she and her brothers were treated equally by her parents. Young and idealistic, after university she joined in relief efforts when a megacyclone devastated the countryside – and her eyes were opened to the country’s rampant government corruption, and to the human suffering it created. Khushi’s mission of defending human rights was born.

After Bangladesh’s war of liberation ended in 1972, Khushi began living and working in war-torn rural villages, where she was embraced by locals despite being a secular, jeans-clad urban woman. The experience “changed my whole life,” she says, and cemented her deep and passionate belief in women’s ability to transform their communities and claim their rights.

In 1980, Khushi became the coordinator of Nijera Kori, an association of poor and marginalized people that helps others to know their rights, and to take collective action to hold the state accountable for these rights. Nijera Kori groups in over 1,160 villages hold local authorities accountable for the services and the rights of people, improving governance from the bottom up.  This includes organizing demonstrations and using the legal system to claim women’s rights in case of violence, polygamy, or economic deprivation.

This approach to grassroots democracy has led Nijera Kori to encourage its women members to run for local office. While initially reluctant, more and more women decided to seek office as their leadership flourished through Nijera Kori. Over the past year, 81 women ran for governance positions at their school, market, and waterway management committees, and 37 were elected. An important part of Nijera Kori’s work is also shifting the gender attitudes of its male members, who come to embrace women’s rights and mobilize to claim these rights.