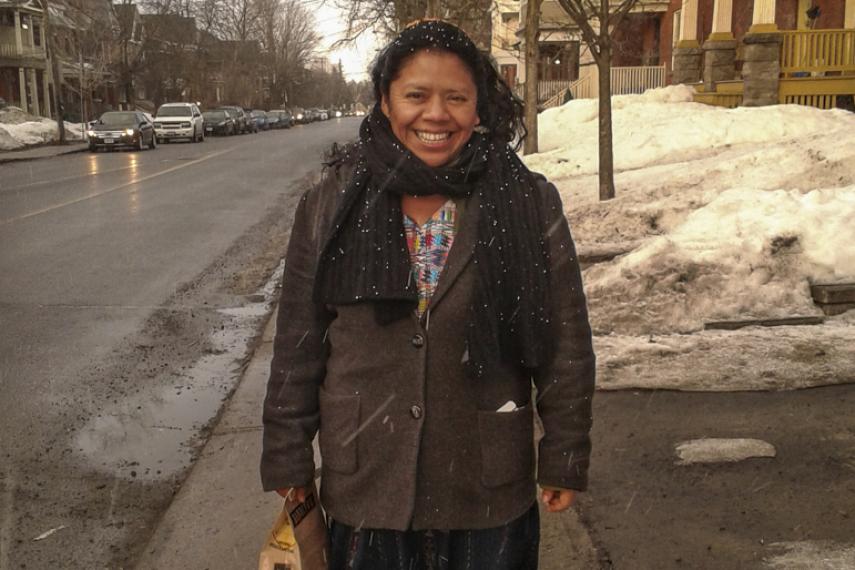 Lolita Chávez Ixcaquic is a fighter – but not what you might picture. About five feet tall and softspoken, she speaks so passionately about her people’s struggle for their right to self-determination that nobody can doubt her strength.

Lolita is Maya K’iché, and one of the co-founders of the K’iché People’s Council as well as its elected spokesperson. In March of 2013, she travelled to Canada to take part in a cross-country “Defend Dissent Tour,” organized by Inter Pares’ counterparts Projet Accompagnement Québec-Guatemala (PAQG) and the Maritime-based Breaking the Silence Network (BTS), among others.

In Guatemala, Lolita’s organization helped coordinate “community consultations of good faith,” a process where the K’iché People’s Council gave voice to 92 communities affected by the increasing number of large-scale resource development projects undertaken in the Guatemalan highlands. Even though a massive “no a la minería” (no to mining) was voiced at each of the peaceful, grassroots consultations, activists like Lolita still have to fight for these perspectives to be heard.

The democratic decisions taken by the communities are completely ignored by private corporations that are active in and around the communities, as well as by the Guatemalan authorities. The right to consultation and to free, prior, and informed consent of Indigenous peoples is recognized in international conventions to which Guatemala is a signatory. But national court rulings related to conflicts around natural resource exploitation have stated that community consultations are not legally binding. Nonetheless, the consultations have a strong symbolic power, which explains why people like Lolita are constantly targeted for their activism.

In this tense context, community leaders and organizers in Guatemala often face threats or attacks. Inter Pares counterparts PAQG and BTS know this reality very well, having sent many international human rights observers to accompany Guatemalan human rights defenders over the past twenty years. These accompaniers have been physically present in many community consultations, documenting and raising awareness about them. An important part of both organizations’ accompaniment work is also to encourage Canadian solidarity with these struggles, and a tour highlighting the efforts of community activists defending their land was a perfect opportunity for collaboration. What better choice for a guest speaker than Lolita Chávez?

With the help of many allied organizations such as Inter Pares counterpart MiningWatch Canada, the “Defend Dissent Tour” became a month-long North American journey, and was a great success. Thanks to Lolita’s courage, her struggle is now shared by many more concerned Canadians. And as Guatemala makes history by finally putting people accused of genocide on trial, the importance of our solidarity cannot be underestimated. 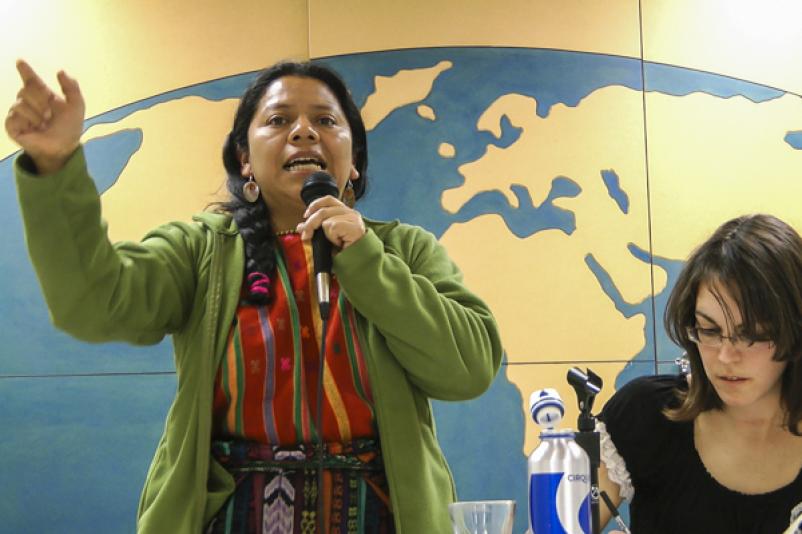