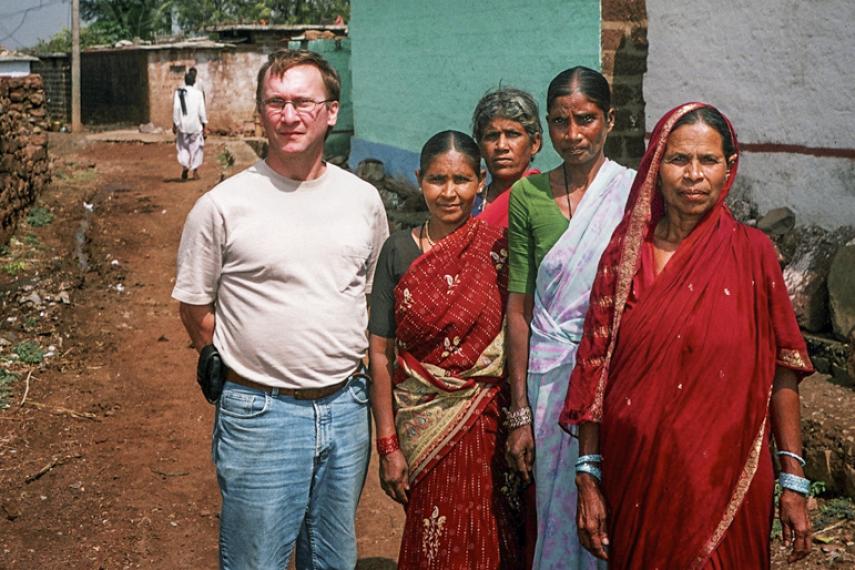 My passion has always been the environment – preserving old-growth forests in Ontario, raising awareness about habitat loss, and a commitment to reduce waste. So it was natural that my working life began as an environmental activist focusing on local issues.

In 1987, when the UN-sponsored Brundtland Commission published its landmark report, Our Common Future, my focus shifted from the local to the global. This report defined “sustainable development”, emphasizing the connection between the environmental degradation in the South and activities in the North.

At that time, the Canadian organization I worked for chose to focus on the destruction of tropical rainforest. For many, it was easy to understand the link between slash-and-burn agriculture and consumption in the North; that these rainforests were being destroyed to graze cattle for hamburgers in Canada, and that mahogany from the same rainforest was being sold as cheap plywood for Northern demand. This resulted in a tremendous loss of tropical biodiversity. However, I had great difficulty with some of the solutions being presented. Instead of primarily addressing Northern consumption patterns, many of my colleagues argued that all we had to do was buy the rainforest and protect it, particularly from exploitation by peasant farmers.

I disagreed. I could not accept that the fundamental problem was poor farmers trying to survive and that the solution was to block access to their livelihood. In so many places in the world, productive farmland had been stolen by wealthy elites, and the poor were left to migrate to wherever land was still available – and then were blamed for destroying the rainforest. If the aim was to preserve the rainforest, it made more sense to promote agrarian reform. Without resolving the underlying social justice issues, we would never be able to resolve the environmental ones.

I wanted to look at the root causes of rainforest destruction and work on systemic solutions: agrarian reform, respect for human rights, and a fundamental change in the power relationship between the rich landowners who control most of the land, and the poor farmers who were being forced to ever more marginal land. This is when I moved to Latin America to work for a local organization that shared this analysis. In the rainforest of northern Guatemala, I worked with Guatemalan families returning to their land after a decade as refugees in Mexico. For eight years, I helped families establish cooperatives to sustainably manage the soil and the forest so that people could live in dignity and escape the poverty of landlessness.

When I moved back to Canada, I joined Inter Pares, a place where I could build on this analysis, integrating environmental and social justice issues. As part of the Asia Program, I work with the Deccan Development Society (DDS) based in the dry, heavily populated lands of Andhra Pradesh in India.

DDS assists poor dalit women, who are at the very bottom of the caste hierarchy, to self-organize. These women, once forced to beg for seeds each year, originally had little or no land to farm. Through government programs, the women acquired land of their own – but it was degraded soil that the wealthy did not want. DDS provided seeds, tools and training in organic and traditional biodiverse farming techniques. The women have restored the ecology of this degraded land so that their fields now sustainably produce an abundance of biodiverse crops to feed themselves and their families.

Inter Pares and the people we work with around the world and here in Canada deal with environmental challenges by addressing the underlying social justice issues. Clearly, as Brundtland pointed out in 1987, we do share a common future. But to share it means that everyone must have a right to participate in the decisions about how that future will be determined. Together we are building a common future that is also a better future.

If the aim was to preserve the rainforest, it made more sense to promote agrarian reform. Without resolving the underlying social justice issues, we would never be able to resolve the environmental ones.