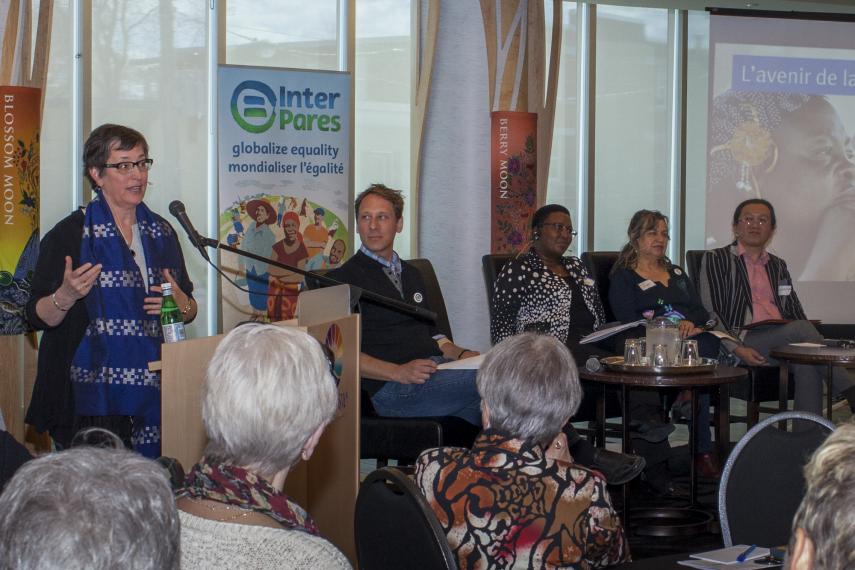 Inter Pares’ Speakers Series are public events held once a year in Ottawa.

Each April, on the occasion of our Annual General Meeting, we invite counterparts and collaborators from Canada and around the world to share their views on social justice, community action, and positive change. It's an evening of discussion and reflection on what people everywhere are doing to create a better world for all of us... among equals.

Learn more about our past Annual Speakers Series:

2016 - From the Land: Reconciliation in action in Canada and Colombia

2015 - The Future of International Solidarity: an open dialogue

2014 - Health and Humanity: The Global Struggle for Universal Healthcare