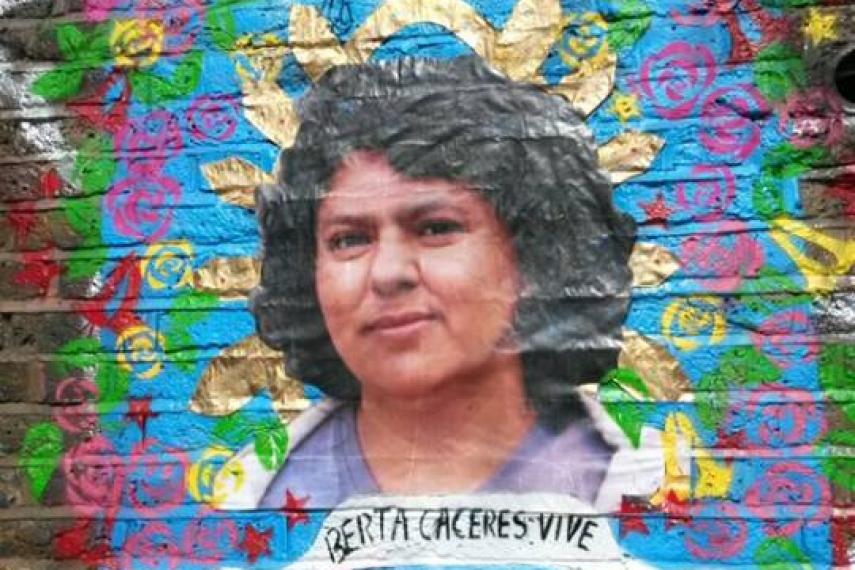 Since the brutal assassination on March 2 in La Esperanza, Honduras of Berta Cáceres - a widely known and well-regarded Indigenous Lenca activist and founding member of the Civic Council of Popular and Indigenous Organizations of Honduras (COPINH) - the threats to the lives and wellbeing of members of COPINH have escalated. At the same time that Berta was murdered, Mexican activist Gustavo Castro was shot and wounded in an attempt on his life. He was then unjustly detained by Honduran authorities, holed up in the Mexican Embassy out of fear for his life and unable to return home for twenty seven days.

Twelve days after Berta’s murder, COPINH member Nelson García was murdered. In April, when an international solidarity delegation joined COPINH during a visit to the Gualcarque River for a ceremony to honour Berta’s life, the group was violently attacked by people identified as being contracted by the Energy Development Company (DESA). During the month of May, members of COPINH have been assaulted: one escaped an attempted murder and another, a member of the coordinating committee of COPINH, was pursued by a military vehicle in an apparent attempt to cause an accident. Recently, the Honduran President also ordered the National Institute for Migration to investigate international observers who have been accompanying COPINH, as part of a clear attempt to intimidate and weaken solidarity with COPINH.

All along, the demands of Berta’s family and COPINH for independent group of investigators to be formed under the auspices of the Inter-American Commission on Human Rights (IACHR) to pursue all those responsible for this crime have been ignored. Recently, the Honduran government detained several people in connection with the assassination, but there is little confidence that its investigation - which has been plagued with irregularities - will lead to convictions or ensure that actual authors of this crime have been identified. Berta’s family and COPINH have been marginalized from the investigation, learning about the detentions through the media.

In this context, COPINH and allied organizations have called for an international day of action, June 15th, when people around the world are demonstrating in front of Honduran embassies and consulates. Together, we reiterate COPINH’s demands and call on Honduran authorities to:

As concerned organizations and residents of Ottawa, we thank you for your prompt attention to these serious concerns.

Learn more about the quest for justice in Honduras »