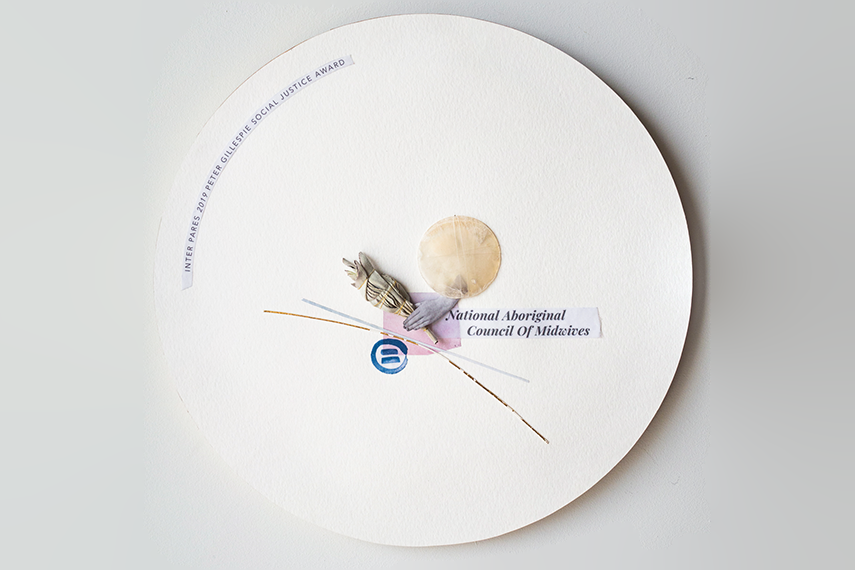 Do you know a youth-led organization carrying out inspiring social justice work in Canada? Or an organization in Canada that is engaging and supporting youth activism?

Help to raise the profile of this remarkable organization by nominating it for the 2020 Peter Gillespie Social Justice Award.

This award commemorates the legacy of Peter Gillespie, our former colleague and a lifelong activist, by honouring the work of social justice organizations based in Canada. The recipient will be honoured during Inter Pares’ annual public event on Monday April 27, 2020.

Inter Pares is a feminist organization based in Ottawa on the unceded territory of the Anishinaabe Omàmiwinini (Algonquin people.) Founded in 1975, we work on social justice in Canada and internationally.

The Peter Gillespie Social Justice Award recipient organization will be invited to Ottawa for an exchange with Inter Pares on advocacy and networking strategies. As always in our work, the learning journey is mutual. Depending upon the recipient’s availability and interests, the award can include:

The organization being nominated must:

The deadline for nominations is February 29, 2020. The nomination form is available on our website.

A selection committee of four people will analyze the nominations received and verify eligibility. The choice of the selection committee will be based on an analysis of the organization’s ability to contribute to lasting change, community engagement, collaboration, and leadership. There is a desire for a diversity of recipients over the years, and therefore consideration will also be given to who has won the award in the past.

We invite you to submit a nomination, and not to miss this incredible opportunity to raise the profile of an exceptional organization.

Past recipients of the Peter Gillespie Social Justice Award

2019: Clinic 554 and the National Aboriginal Council of Midwives

Clinic 554 is a family practice devoted to patient-driven healthcare. They are skilled in feminist, trauma-informed, harm reduction, and anti-racist practices and strive to provide the best experience of care to all patients. The practice includes all scopes of medicine, from pediatrics to geriatrics with a focus on reproductive, trans, LGBT/Queer and HIV care.

National Aboriginal Council of Midwives (NACM) exists to promote excellence in reproductive health care for Inuit, Métis and First Nations women. The Council advocates for the restoration of midwifery education, the provision of midwifery services, and choice of birthplace for all Indigenous communities, consistent with the U.N. Declaration on the Rights of Indigenous Peoples.

Founded in 2000, the Immigrant Workers Centre (IWC) defends the rights of immigrants in their place of work and fights for dignity, respect, and justice. Some of their principal objectives include popular education about workers' rights, improving living and working conditions for immigrant workers and providing a safe place for immigrant workers to receive information, resources and referrals.

Founded in 1982, the Canadian Council of Muslim Women (CCMW) is a leading progressive voice for Muslim women in Canada. CCMW works diligently to promote and encourage understanding and interfaith dialogue between Muslims and other faith communities. The work of the Canadian Council of Muslim Women embodies the values this award seeks to honour. In the face of increasing and sometimes tragically violent discrimination against Muslims in Canada, they have continued to raise their voices for the universality of human rights, and against restrictions or discrimination based on religion, gender or race.

Who was Peter Gillespie?

Over the twenty-five years that Peter worked for Inter Pares (1985-2010), he brought his passion, courage, talent, and deep commitment to social justice to many issues and struggles around the world. Most notable among these were his years of collaboration with civil society organizations in Bangladesh, building movements for food sovereignty, landless rights, and democracy; his challenge to population control measures and discourse, exposing their racist and anti-poor underpinnings, and supporting the dismantlement of coercive programs; his relentless promotion of human rights in Burma, including raising millions of dollars to support refugees and displaced people; his solidarity with sugar workers in the Philippines, who succeeded in transforming a feudal system and gaining rights to their land; and his work in drawing public and government attention to the consequences of massive capital flight and tax evasion from developing countries into the global financial system. Throughout, he was a staunch ally and supporter of women’s struggles for justice and autonomy, both in Canada and abroad. Following Peter’s death on May 22, 2015, the Social Justice Award was established in his name by Inter Pares in collaboration with Peter’s family and friends.