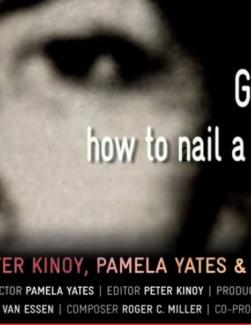 For International Human Rights Day, we are thrilled to invite you to our ninth and last 2015 edition of Inter Pares Film Nights for the screening of  Granito: How to nail a dictator. This documentary recounts the extraordinary story of how a 1983 film about the civil war in Guatemala helped a new generation of human rights activists tip the scales of justice in the historic genocide trial against the country’s former dictator, Efraín Rios Montt.

Film director Pamela Yates and Guillaume Charbonneau, our program manager for Central America, will be there for conversation and discussion after the film.

You can't make it? Spread the word on social media, and look out for upcoming film screenings.