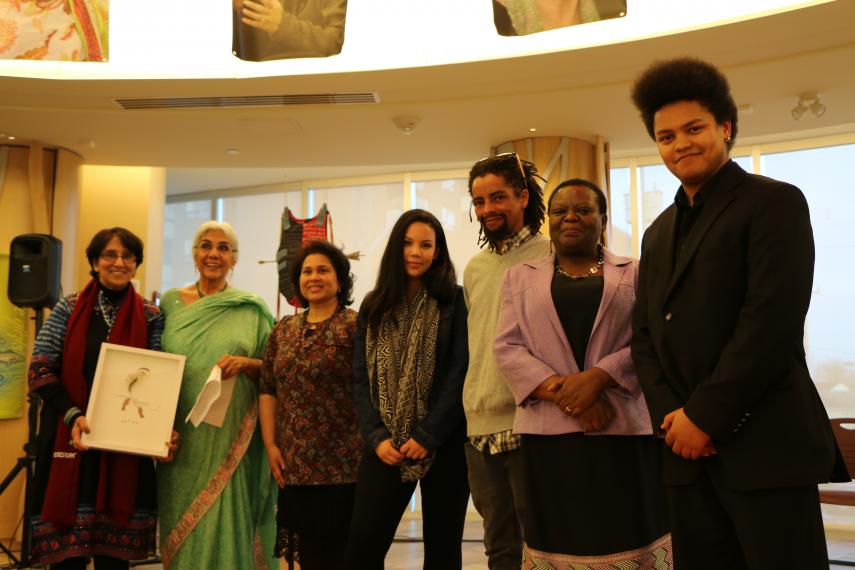 In this inaugural year for the award, Inter Pares chose to honour a Canadian organization whose work has had a positive and innovative impact on women’s rights.

Alia Hogben, CCMW Executive Director, in her acceptance speech, noted Our organization’s values of compassion and social justice are based on Quranic principles and on the Declaration of Universal Human Rights. The exhortation of “do unto others as you would have them do to you” sounds simple but as we all know, demands a great deal of selflessness and compassion to practice.

As Nelson Mandela said, “Our human compassion binds us one to another – not in pity or patronizing, - but as humans who have learnt how to turn our common suffering into hope for the future.”

CCMW was founded 35 years ago, and its values and objectives continue to guide us today. We try to assist women and girls to integrate so that they can participate fully in all aspects of living. We do this through education of women and through advocacy on their behalf. We believe in the family as the context for us and so some of our projects have been with youth. We proudly proclaim that we are Canadians and we are Muslim and that this must be foundational to all our work with women and their families.

The award was presented at 7pm on April 24 at the Wabano Centre for Aboriginal Health, located at 299 Montreal Road, Vanier, Ottawa.