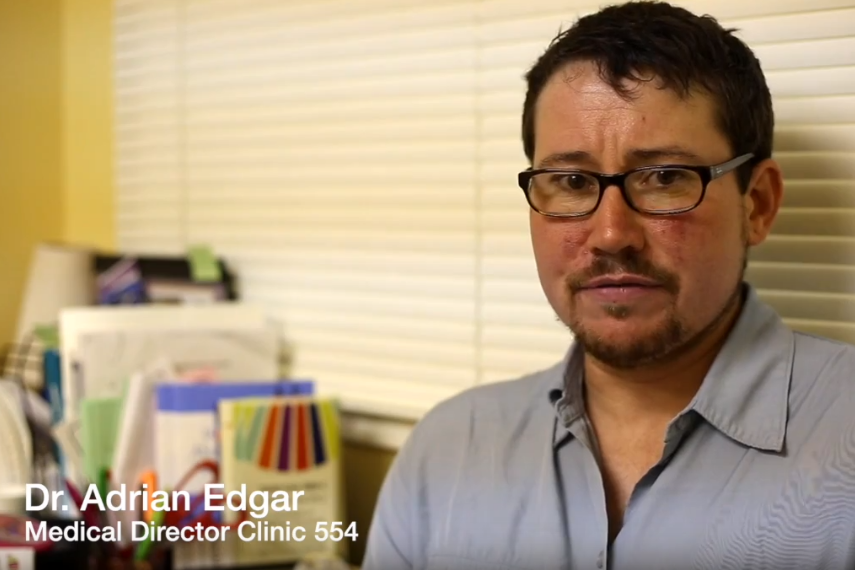 Clinic 554, offering one-of-a-kind services in Fredericton, New Brunswick, is being forced to close due to financial uncertainty. The painful decision stems from the New Brunswick government’s sustained refusal to fund abortions performed outside of hospitals, in direct violation of the Canada Health Act.

Clinic 554 provides patient-driven health care from pediatrics to geriatrics, with a focus on reproductive, trans, LGBT/queer and HIV care. It is also the sole abortion-provider in Fredericton and the only non-hospital-based provider in the province.

“I thought I would be the family doctor for my patients until I or they died,” said Dr. Adrian Edgar in an emotional announcement. “But I didn’t predict our government would continue to act illegally to withhold health care from my patients.”

"I take calls every week from women who need abortions and don't have anyone to turn to,” added clinic staff member Valerie Edelman. “Stigma, poverty, lack of childcare, gender-based violence, and difficulty accessing basic health care are shared experiences among these women. Many are single mothers who are barely getting by, while others are experiencing addiction and mental illness. Since the government would not cover an abortion in their own community, Clinic 554 did. Without the clinic, they won’t have a place to go."

In April 2019, Inter Pares celebrated Clinic 554 with the Peter Gillespie Social Justice Award for its outstanding contributions to health care. We are dismayed to learn of the clinic’s impending closure.

Inter Pares counterparts and supporters in El Salvador voice their support for Clinic 554: