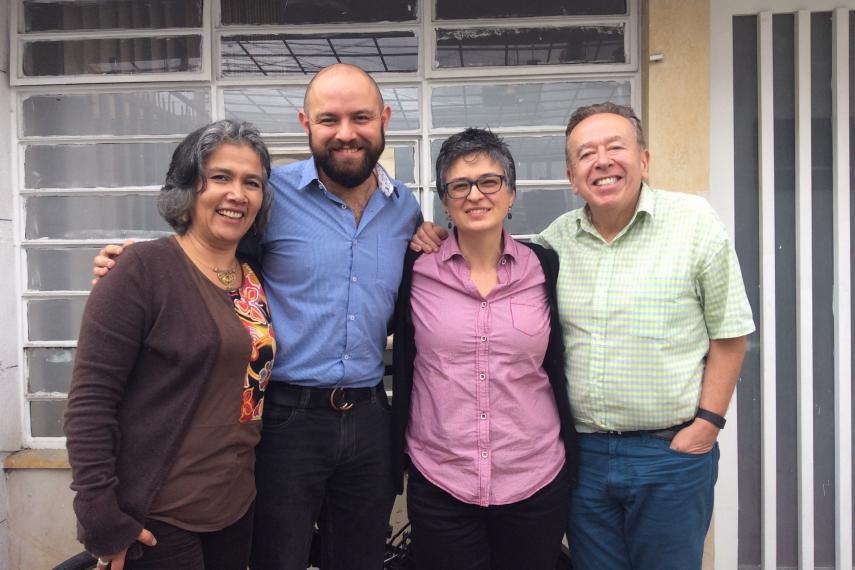 Every life is a meandering stream, with intersecting currents, challenges, and serendipity that shape the choices made and paths taken.

Growing up in southern Ontario in the 1960s, I didn’t know a single gay person and remained convinced I was the only one. It was the sense of profound exclusion that led me to leave my community.

My journey took me first to Belgium and France, where I met refugees fleeing the military regimes in Chile and Argentina.The stories I heard impacted me deeply, fuelling a political awakening and engagement with Latin America that continues to this day. In the early 1980s, I spent a semester in Guatemala as a student. The country was on the cusp of the Rios Montt dictatorship, the most brutal period of Guatemala’s armed conflict. I witnessed army press gangs grabbing Indigenous youth from buses and heard accounts of growing repression.

Returning to Canada, with fellow students at the University of Guelph, we formed a Latin America solidarity group. This coincided with my own “coming out”as a gay man and to a parallel engagement with the emerging movement we now call the LGTBQ2 movement (lesbian, gay, trans, bisexual, queer, and two-spirited).

As a student activist and then as staff of a Canadian human rights coalition, I helped raise awareness about the widespread human rights violations taking place throughout Latin America. During frequent visits to Chile, Peru, and Colombia, I met with victims of torture or people searching for their disappeared loved ones, and helped bring their stories to light in places such as the United Nations Human Rights Commission.

With few exceptions, the human rights community I encountered on my trips didn’t focus on LGBTQ2 issues. But the suffering was there, and in response, the movement was strengthening. These separate calls for justice – both profoundly human rights struggles – began to intersect more in my life, and more widely.

Time and time again, I’ve seen how every struggle is strengthened when people come together with an open heart, to listen and learn from one another. This includes recognizing and acknowledging the privileges we have and the different layers of oppression that can impact marginalized people in distinct ways. This is intersectionality, in real-life terms. For me, coming to terms with my own marginalization, and the questioning of the status quo that this implied, were key to enabling me to identify with other social justice struggles.

At Inter Pares, my beliefs accord with the organization’s ethos. Our commitment to long-term struggles, the way we build relationships, our attempt to break down silos between movements – these are central to our work. Challenging gender-based attitudes and behaviours is an important step in dismantling structural and root causes of discrimination and oppression, and bringing about dignity for all.

Bill Fairbairn has been Program Manager for Latin America
at Inter Pares since 2011.

Time and time again, I’ve seen how every struggle is strengthened when people come together with an open heart, to listen and learn from one another.