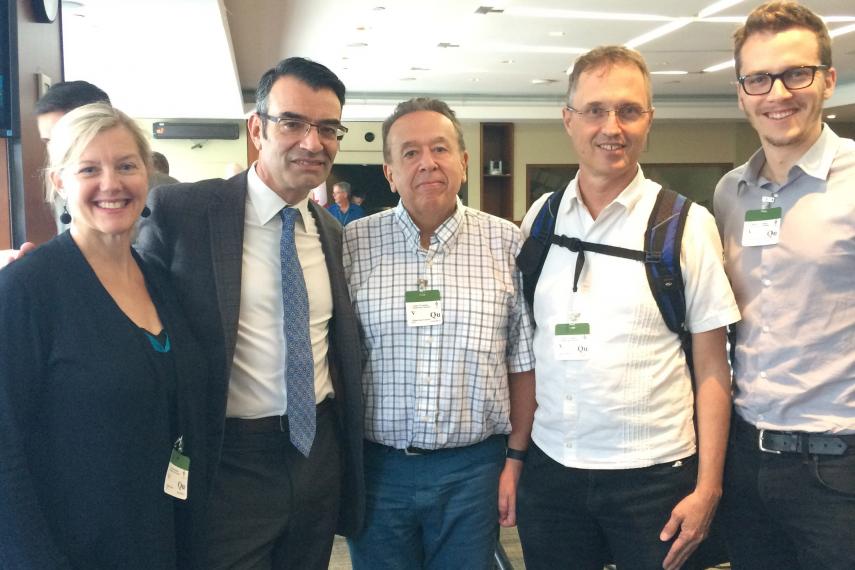 Inter Pares staff Bill Fairbairn and Guillaume Charbonneau met last Tuesday with James Cavallaro, President of the Inter-American Commission on Human Rights (IACHR). Along with other members of the Americas Policy Group (APG), they discussed the funding crisis in the IACHR, whose work has been increasingly compromised by systematic underfunding. Unless the IACHR receives confirmation and funding pledges from governments by June 15th, it will be forced to lay off 40% of its staff next month and suspend two upcoming hearings. The IACHR has been an invaluable forum for civil society in Latin America, who turn to the commission when their own legal systems and governments are not offering justice.

The APG has been urging Minister Dion to provide support to the IACHR: from 2011-2015, Canada's support dropped from $600,000 to $75,000/yr, and nothing yet promised for 2016. A copy was shared with Mr. Cavallaro, along with members of the parliamentary Subcommittee on Human Rights.