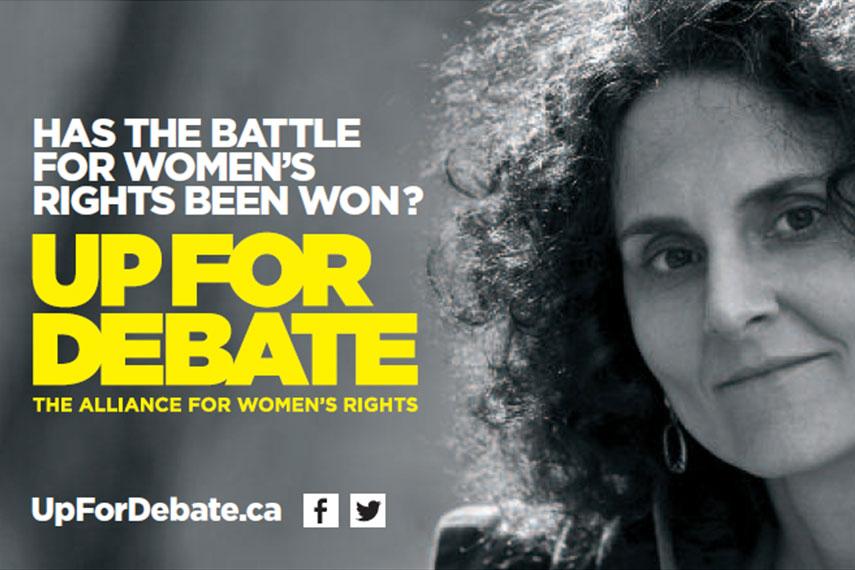 For the last several months, the 175 organizations behind the Up for Debate campaign - including Inter Pares - have been working with all political parties to host a nationally televised leaders’ debate on women’s issues. With support from thousands of Canadians , we’ve come close to making this debate a reality.

As you may have seen in the news, two of the five major political parties would not have participated in the debate we had originally imagined.

But, this is certainly not the end of the road.

The issues we care about can, and will be, a major part of this federal election.

We trended on Twitter lately as people across the country spoke up in reaction to the news. We need to keep that momentum going!

Help that happen by clicking here: http://ctt.ec/gS9dw, to share the following:

Leaders must put #women at the centre of #elxn42! #womenmatter #upfordebate

Four political parties have agreed to participate in an alternative debate format to put women at the centre of Canada’s federal election campaign, where one-on-one interviews with each of the party leaders that will be released at an exclusive event in Toronto on September 21st.

But it’s not just about one interview. We want women’s issues discussed in the other organized debates and with all candidates across the country. Keep raising the issues of violence against women, women’s economic equality, and women’s leadership with your local candidates, voters in your community, and online.

We want women’s issues discussed in the other organized debates and with all candidates across the country.