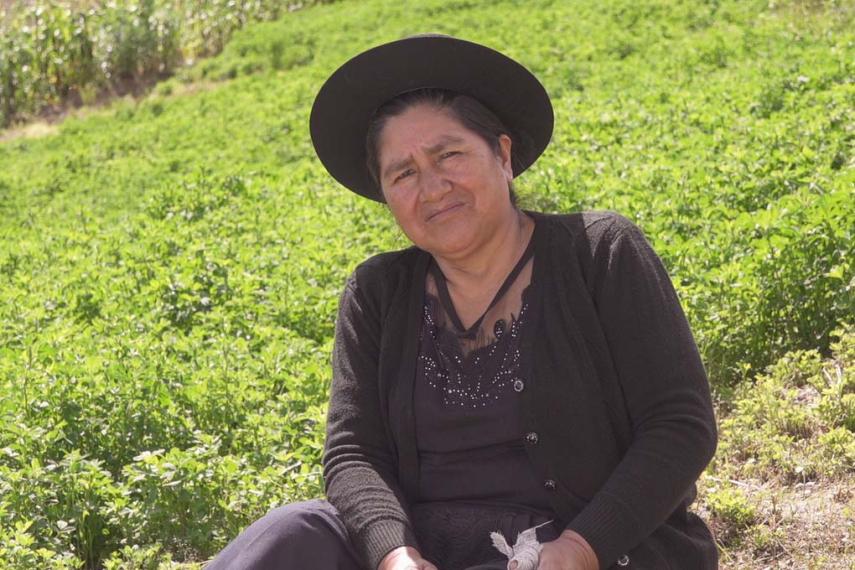 Victoria Saccsara leads a group of survivors of forced sterilization in her region advocating for reparations from the Peruvian government. Credit: SISAY

It was the late 1990s and Victoria Saccsara had just experienced one of the worst things an expectant mother can go through: a stillbirth. So, when health officials came to her village in the Andes offering to take her to a hospital to recover, she went.

At the hospital, the officials told her to stand in line with other women to receive a food subsidy – but it was really a line to an operating room. When Victoria realized she was in danger and tried to escape, it was too late.

In Peru between 1996 and 2001, more than 270,000 women were sterilized under a government-run program ostensibly aimed at combatting rural poverty. The vast majority were Indigenous women in the country’s highlands, like Victoria.

Public health officials operated on women without their knowledge or consent during routine pregnancy check-ups or after childbirth, to meet government-mandated quotas. Beyond this being a gross violation of their rights, these women often experienced trauma, urinary tract infections and uterine cancer. Others, including Victoria, live with chronic pain and have difficulty doing day-to-day activities. Some women died as a result of forced sterilization.

What are activists doing to seek justice for victims and survivors?

For years, Inter Pares’ Peruvian counterparts, DEMUS and SISAY, have been at the forefront of exposing these atrocious human rights violations and supporting survivors seeking reparations. DEMUS provides legal representation to survivors and was one of the forces behind the historic creation of the Registry of Victims of Forced Sterilizations in 2016 – marking a big step toward finally holding the Peruvian government accountable.

SISAY supports survivors with counselling, technical assistance and training so that they are better equipped to defend their rights. They work with Victoria, one of the thousands of Indigenous women forced to undergo a dangerous sterilization procedure without her consent.

For six years, Victoria has been working alongside other survivors and calling on the Peruvian government for reparations, better healthcare and a pension fund.

Victoria firmly believes that solidarity is a powerful tool to seek justice.

Through Inter Pares, she forged a connection with Morningstar Mercredi, a fellow survivor – this time from Canada – and learned many Indigenous women faced state-sanctioned, forced sterilization here, too. Victoria decided to share what she went through in Morningstar’s book, Sacred Bundles Unborn.

“The importance of being organized as victims of forced sterilizations and the solidarity and support of human rights institutions as allies gives us strength and makes us see that we are not alone,” Victoria says in the book.

“Instead, we have the capacity to demand and achieve the implementation of policies that enable us to access justice and comprehensive reparations.”

The book is a collection of essays mainly about Indigenous women in Canada who were forced or coerced into sterilization. It also features stories of settlers who are countering colonialism. One of them is Bill Fairbairn, Inter Pares program manager, who contributed to Victoria’s introduction in the book.

How can you help reproductive justice activists and survivors of forced sterilization in Peru?

Our Peruvian counterparts, DEMUS and SISAY, need your help. There is a lot more to do to advance the rights of women and their families affected by state-sanctioned, forced sterilizations.

Learn more about forced sterilization in Canada and Peru from Morningstar Mercredi and Victoria Saccsara.

Help amplify Victoria’s story and her work to seek justice for all survivors and victims of forced sterilization in Peru by sharing her story with your friends and loved ones.

The solidarity and support of human rights institutions as allies gives us strength and makes us see that we are not alone. - Victoria Saccsara