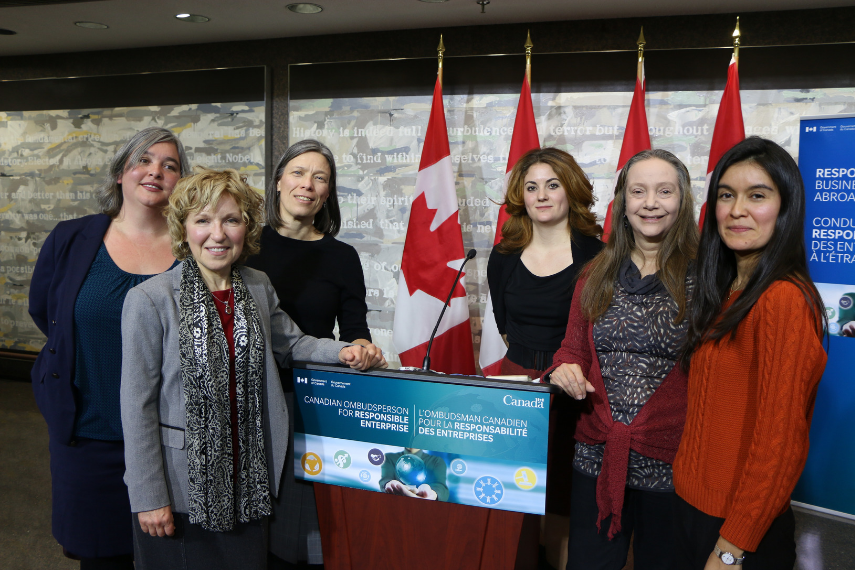 It is the tiniest spring and the most modest stream that eventually turn the waterwheel and the turbine. If each spring and stream knew this, they would experience the power of mighty rivers. Successful social movements teach what rivers know.

Murder, rape, forced displacement and other crimes connected with the activities of Canadian mining companies overseas are now a horrific but well-known story. For over a decade, people in Canada and around the world called for Canada to address this travesty. In January 2018, the Canadian government announced the establishment of an independent human rights watchdog for the overseas operations of Canadian companies, with an initial focus on mining, oil, gas and textiles.

The first of its kind in the world, the Canadian Ombudsperson for Responsible Enterprise will investigate and report on allegations of human rights violations associated with Canadian companies’ overseas operations. Not intended to replace the courts, the Ombudsperson nevertheless will be able to make recommendations for remedy and to prevent future harm. Companies found to have breached basic human rights standards will no longer receive the significant public resources that the Canadian government provides to support overseas investment.

Over thirty organizations make up the Canadian Network on Corporate Accountability (CNCA), which drove the push for an Ombudsperson, and kept the issue of Canadian corporate complicity in human rights abuses on the national agenda. As a co-founder and active member of its steering committee, Inter Pares is proud of its role in collaborating to sustain CNCA and its activities since 2005.

In 2017, with the assistance of legal experts across the country, CNCA developed guidelines to ensure an effective Ombudsperson. CNCA member organizations such as Kairos and Project Accompaniment Québec-Guatemala invited villagers from affected communities in the Philippines and Guatemala to come to speak to Canadians and to our MPs. Grassroots members such as the Mining Injustice Solidarity Network in Toronto and faith-based United for Mining Justice held demonstrations at MPs’ constituency offices to insist that human rights defenders be heard. Above Ground brought government officials and elected representatives together with Canadian and international legal experts to examine government accountability for human rights violations by transnational companies.

Inter Pares collaborated with the United Church to present online workshops for grassroots organizations and individuals – including our own supporters across the country – to prepare to meet their local MPs. With the Canadian Labour Congress, Steelworkers Humanity Fund, MiningWatch and others, we met with MPs, including the Minister for Trade, analyzing and responding to the arguments from industry. Some of our supporters with expertise in law, trade and development advised us and wrote letters and op-eds themselves, and other Inter Pares supporters joined with members of Amnesty International, Breaking the Silence and Development & Peace to write letters of concern to their local MPs and community newspapers across the country.

What has been achieved was made possible by hundreds of thousands of Canadians who cared. Grassroots groups, students, church congregations, academics, grandparents and families provided money, time, expertise, creativity, passion for justice – whatever they could contribute. All this was done in collaboration with hundreds of affected communities, human rights defenders and local NGOs around the globe, in profound solidarity with their remarkable courage, hope and determination.

While the establishment of the Ombudsperson is a significant advance, it has always been seen as just a first, and urgent, step. Inter Pares continues to support affected communities in their efforts to regulate corporations and hold their own governments accountable for protecting human rights, and for maintaining financial and environmental standards. And we collaborate in global networks working to change the structures of international finance – tax havens, obscure corporate ownership, unfair loans, lop-sided investment treaties – that empower the already powerful and weaken democratic process.

As we face a world ridden with problems, addressing any one of them seems like a formidable, even impossible, task. But we are not alone. We are with millions of people, all over the world, each of us contributing our energy, our talents to the work of change. Any one of us may feel like a mere trickle of a stream, but we are truly part of a mighty river.