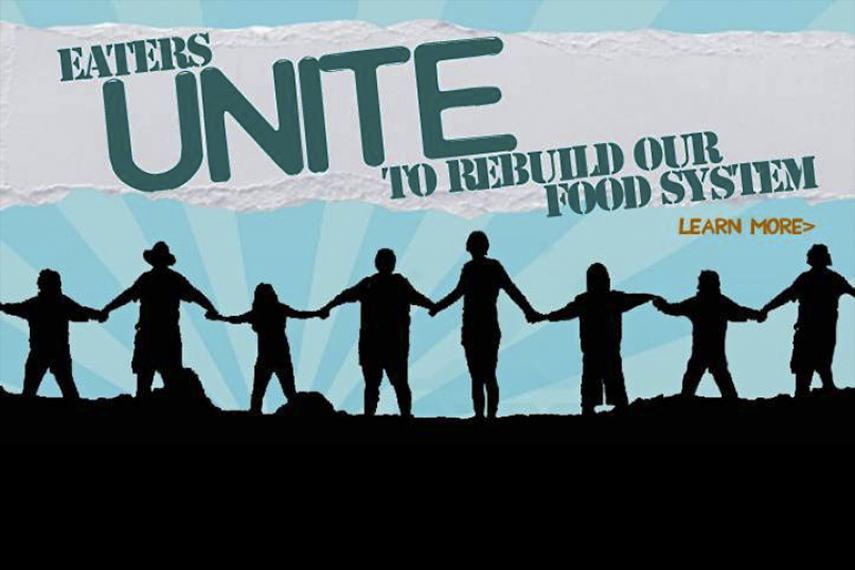 Across the country, people are discussing food and politics at their kitchen tables. From indigenous communities in British Columbia to Labrador, in farming communities in the prairies, and in inner city neighborhoods, people are imagining a food system that reflects their values. As Colleen Ross, a farmer and Inter Pares colleague says: "They are talking with their mouths full – full of ideas about how to improve our food system."

These kitchen table talks are part of the People's Food Policy Project (PFPP), a pan-Canadian network of citizens and organizations that is creating Canada's first comprehensive food sovereignty policy. This policy is based on a vision of a society in which nobody goes hungry, and in which everyone has a stronger connection to the sources of their food, where food sources and food providers are honoured, and where people define and shape the policies that govern the food system through an inclusive, democratic process.

Over the last thirty years, government policies have led to the collapse of the cod fishery and have impoverished family farms. Genetically modified crops have been introduced, dramatically increasing the use of herbicides and pesticides. We have even seen the Canadian government attempt to lift a moratorium at the United Nations on the infamous Terminator seed technology.

These policies affect us all. Our grocery bills keep going up, while farmers are getting poorer. Our health system is overwhelmed with increased rates of disease directly related to over-processed, high-sugar, and fat-laden foods. Worldwide, a billion people are starving while half a billion people suffer from obesity. There is an urgent need for a change in policy direction that puts decision-making over how our food is produced, processed, and distributed back into the hands of citizens. This need was eloquently expressed during Inter Pares' Annual General Meeting last April by Kenyan activist Firoze Manji who exclaimed: "Either make dinner or be dinner!"

The PFPP is all about making dinner. The origins of the PFPP are in the People's Food Commission of the 1970s. This grassroots commission travelled to 75 communities across Canada, documenting stories about how people were affected by the food system. The final report, The Land of Milk and Money, warned of the challenges we are faced with today. It also helped educate a generation about the politics of food. Since then, a vibrant food movement has blossomed across the country. We can see it everywhere: city food councils, neighborhood gardens, community-supported agriculture, seed fairs, sustainable local fisheries, urban agriculture, and organic farms. By tapping into these locally grounded and successful models, the PFPP is bringing a diversity of voices and solutions forward.

The PFPP counts on the support of its wonderful coordinator, Amanda Sheedy, and a group of 70 dedicated volunteers from across the country. They include leaders who were involved in the original People's Food Commission, as well as a new generation of farmers, researchers, community workers and organizers who are busily organizing kitchen table meetings in their towns to generate policy proposals from the ground up. Since it was launched in 2008, over one thousand people have taken part and hundreds of policy proposals have been submitted. A team of writers is synthesizing these into a People's Food Policy that will be launched in 2011.

Perhaps as significant as the policy is the web being woven amongst people across Canada who are striving for a just food system. Along with them, Inter Pares has decided that we are no longer waiting to be served policy – we are making it!

This policy is based on a vision of a society in which nobody goes hungry, and in which everyone has a stronger connection to the sources of their food, […] and where people define and shape the policies that govern the food system.