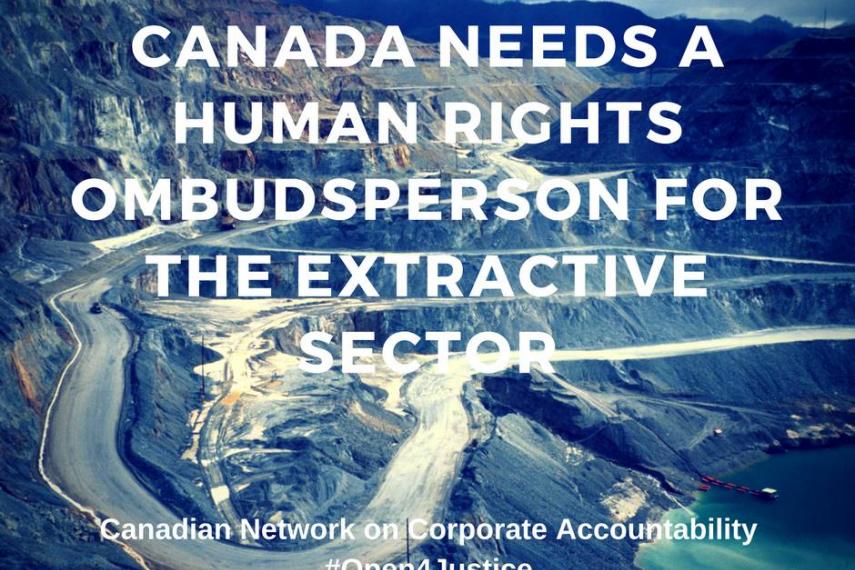 At least 44 people killed. More than 400 people injured. Hundreds more repressed and criminalized for defending their land, their health, and their livelihoods.

These figures are not from a war, although often it feels that way to those whose lives are being described.

Rather, these shocking details of human rights abuses were all connected with the activities of Canadian mining companies, throughout 13 countries in Latin America. And they represent barely the “tip of the iceberg.”

This according to The “Canada Brand,” a report released last week by the Justice and Corporate Accountability Project out of York University’s Osgoode Hall Law School.

Large-scale mining projects use enormous expanses of land, and almost unimaginable amounts of water. That land is almost always populated and, particularly in developing countries, water may be already scarce. The people who are affected are often impoverished, always less powerful than the companies they face, and frequently lack the protection and support of authorities. Violent conflict is often the result.

Over the last decade, more than a half a million Canadians have called for a mandatory, independent, and impartial extractive-sector ombudsperson, with the power to investigate complaints and report publicly. In response, the Canadian Network on Corporate Accountability has just released proposed legislation that would accomplish just that. The Global Leadership in Business and Human Rights Act would ensure that complaints are seriously addressed, and that an appropriate remedy for violations is provided, along with policy recommendations to government and companies to prevent their recurrence.

During the last election campaign, all of the opposition parties at the time—Liberals, New Democrats, Greens, and Bloc Québécois—recognizing that Canada was not living up to its international human rights obligations, promised to establish an independent ombudsperson for the extractive industries.

On election, the current government explicitly committed to uphold human rights in Canada, and promote human rights around the world. However, so far its public statements on Canada’s extractive sector mimic the previous governments’ preference to rely solely on existing voluntary mechanisms.

These mechanisms have consistently proven ineffective in addressing the kinds of human rights abuses detailed by the Osgoode law school report.

One such mechanism is the Corporate Social Responsibility (CSR) counsellor, established in 2009. The other is the National Contact Point (NCP), established in 2000 under the OECD Guidelines for Multinational Enterprises. Both report to the minister of trade, who is responsible for promoting Canadian corporations overseas, including mining companies.

The CSR counsellor’s office has tried to formally mediate only six complaints since 2009. It is widely seen by communities and civil society organizations as toothless, ineffective, and partial, with no power to investigate, and procedures that are neither transparent nor timely.

As for the National Contact Point, a report due to be published next week by Above Ground and MiningWatch Canada examines its handling of five allegations of human rights violations and environmental destruction brought against Canadian mining companies. The report notes that over its 15 years of existence the NCP has failed to provide effective remedy to communities with human rights complaints; in the end, some communities were actually worse off.

Neither of these offices have the mandate to investigate, or to assess whether harm has been done, and participation of the company is voluntary. The most that affected communities can gain is mediation, if the company agrees to participate.

Impartially mediated dialogue can be a tool to address misunderstandings and prevent problems. But when it comes to human rights abuse, unlawful and unethical practices, and the destruction of lives, livelihoods, and environment, talk is not enough.

In a recent report, the UN special rapporteur on human rights defenders observed that the greatest number of communications his office received over the last five years related to human rights violations involving the mining sector. He also found that, globally, people defending their land and environment lack recourse to justice, and that little or no action is taken even on formal complaints. He issued an urgent call for countries to take a zero-tolerance approach to killings and other violence.

Canada is a global actor in the mining sector. Canadian mining corporations receive significant support from the federal government to develop and carry out mining projects overseas. Because of our global position, Canada has the opportunity to break new ground.

Inter Pares and the Canadian Network on Corporate Accountability urge the government and Parliament to take leadership in response to long-standing calls in Canada and internationally to address this ongoing human rights tragedy. Canada can lead the way: the government should immediately introduce legislation to establish an independent human rights ombudsperson for the extractive industries.

Originally published by The Hill Times